Ventnor played host to Solent Nomads last Saturday (17 Nov), getting off to a flying start when a sliced kick from Ben Cooper was missed by the Nomads full back and Jake Babington pounced to give Ventnor a 7-nil lead within the first 3 minutes.

Ventnor, boosted by this gift, then toyed with the opposition’s defence and ran in a further 3 tries in the next 15 minutes from Ollie Davis, Chris Dobas, and Sam Pickard.

Just before half time, Ventnor’s concentration lapsed and this allowed Nomads to score a converted try.

The second half continued with Ventnor dominating all aspects of play. The back line were continually breaking the Nomads defensive line. Slick handling from the base of a scrum created space for Babington to glide over for his second try and Ventnor’s 5th.

The floodgates then opened and further tries were scored by Marriot, Cooper, Harris and Wightlink Man of the Match Scott Jesney.

Nomads scored a consolation try just before the end to make the final score 57 – 15 to the home side. It was a strong team performance for an ever-improving Ventnor side: the likes of Ben Cooper, James Morley, Ryan Cooper and inspirational Captain Dan Newbery are obviously steering the side in the right direction.

The AJ Wells Black Dog award went to Dan Bell, who was playing his last game before travelling to Africa for his gap year. The club would like to wish him well.

Ventnor RFC would also like to thank match sponsors Doreen Skeats and Ventnor Retired and Professional Business Club for their generous support.

Ventnor’s next fixture is away to Stoneham next Saturday.

Isle of Wight RFC 1st XV 18-17 Ventnor RFC 1st XV Derby day’s means the form book is chucked out the window and anything can happen; this and a strong line up gave Ventnor positive energy going in to the game. The first quarter of the game still had the score line at 0-0 but… 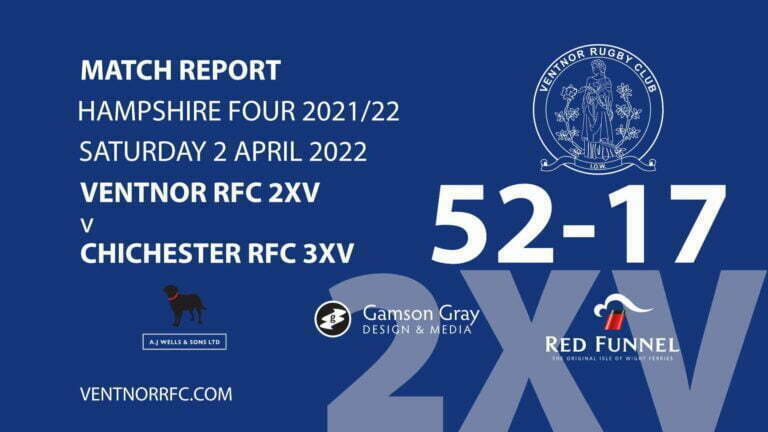 Ventnor entertained unbeaten Overton last Saturday at Watcombe Bottom. Straight from the kick off Overton had a player sin binned for foul play. Ventnor immediately went on the attack and were awarded a scrum 5 meters from the Overton line from which Todd Riches crashed over. Then in an astonishing 10-minute period Ventnor played some… 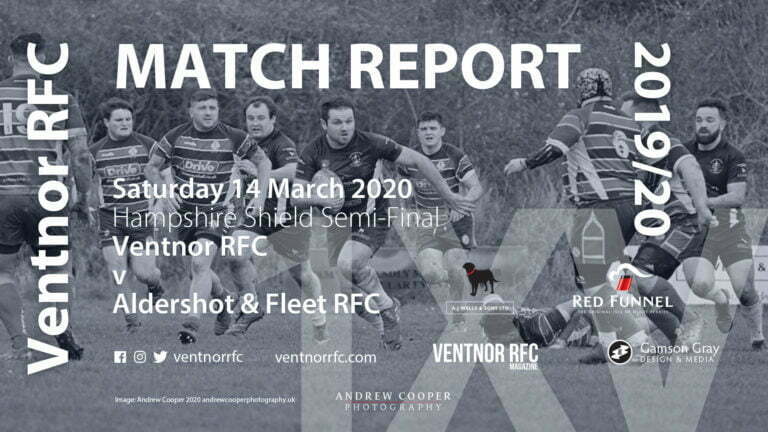 What a game! This was cup rugby at its best with both teams playing with huge intensity and equal sportsmanship so that the large crowd at Watcombe, in the Hampshire Shield Semi-Final- bolstered by the travelling support from Aldershot and Fleet – were treated to a pulsating match that went down to the final whistle….