With a truly dominant five star, nine try blitz Ventnor 2nds announced their arrival in Merit 2 with a powerful roar. From the start the pack terrorised Basingstoke Cavaliers and stamped their authority, allowing the half-back pair of Ryan Cooper and Allan Bridges a terrific platform to build upon. The final score of 59-21 does not flatter, indeed it could have been far more but the referee called a halt to the game as a battered and bruised Cavalier team had been reduced to 13 men, of which only 11 were still fit to play.

The experience of Dean Magnusson was vital in the forwards and he marshalled them to a terrific display of power and determination, winning a number of important scrums against the head. Even when the scrum had to go uncontested early in the second the forwards kept the momentum going.

In tricky conditions it was never going to be a day for fast free-flowing rugby but that didn’t stop Cooper from grabbing four excellent tries from scrum half. The powerful pair of Gavin and Ollie Davis got in on the act with now-common rumbling long-distance tries creating carnage on the way to the line. Further tries from Lewis Jones, Ed Blake and Dean Magnusson completed the rout. With surgeon-like precision in blustery conditions, evergreen full-back Warren Riches slotted home seven out of nine to give a final polish to the score line.

If the game had gone to full time there is little doubt that Ventnor could have scored nearer to 100 points and the watching crowd can have been left in no doubt whatsoever that Ventnor 2nd XV are here in Merit 2 to make a statement. The game was played in excellent spirit and, with hopes high and early-season momentum starting to build, much is expected of the next fixture.

Wightlink Man of the Match was split between Ryan Cooper for four excellent tries and Ed Clark for being a constant thorn in the opposition side in a typical all-action display, making tackles, running hard and stealing ball all over the park.

A message from VRFC President Tony Flower You will see in last Fridays IWCP Martin’s funeral details are 1400 on Wednesday 18th March at The Minister St Thomas’s Newport Without doubt the Club will be well represented and would like to sit together as a team in club ties. Please can you confirm to Warren…

Hampshire Division 2 Fawley RFC 31-38 Ventnor RFC 1st XV Ventnor 1st team travelled to Fawley this week for a game that was always going to be physical from start to finish, and came out on top with their heads held high. With a few absences from the team fielded last week and players in… 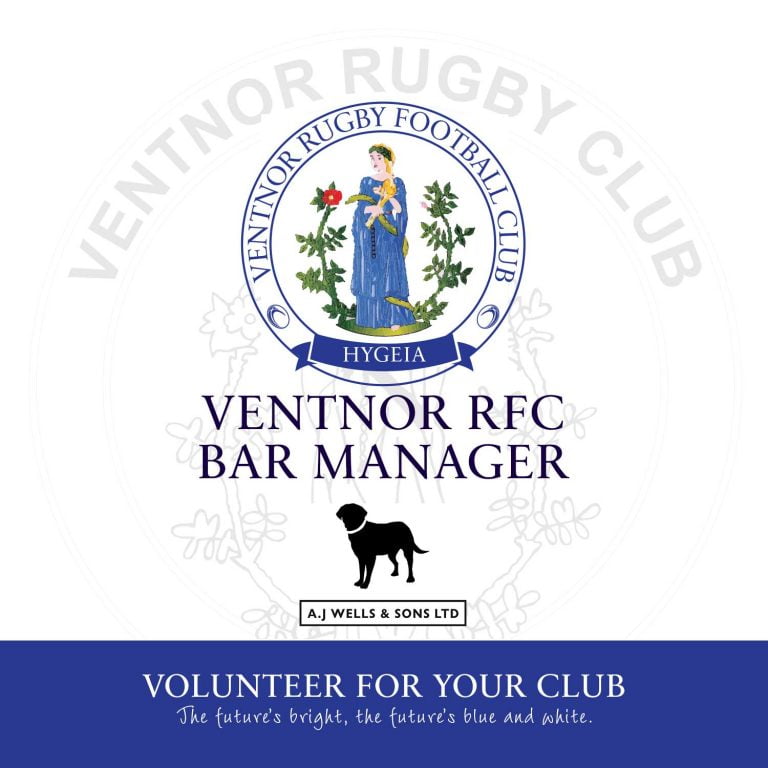 After the end of the 2017/18 season Stuart Babington is stepping down as Bar Manager (and Club Secretary) of Ventnor RFC. So the role of Ventnor RFC Bar Manager will be vacant and the club is looking for volunteers to step forward for nomination, before a forthcoming AGM. The role of Bar Manager The main… 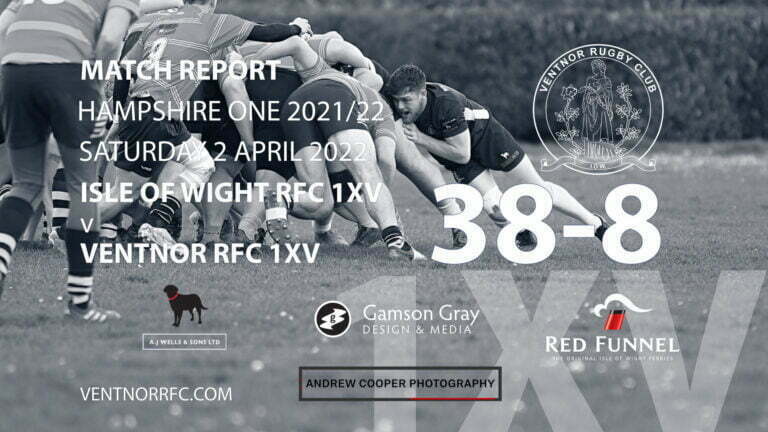 Isle of Wight RFC 1XV 38-8 Ventnor RFC 1XV Match Report of 2 April 2022 The silence in the dressing room at the end of the game compared to the jubilation in the home team’s, told you all you needed to know about the result of this end of season encounter. This was in stark…

Ventnor II’s game against Farnborough II this Saturday (16th March) has been called off by Farnborough.