Ventnor travelled to the mainland this week to face Aldershot & Fleet on another sunny day perfect for Ventnor’s style of rugby. With a short warm up and a change of pitch after the original had craters dotted about the game started with the home side to take the kick off.

Ventnor seemed to still be on the bus and took their time to realise they were in a rugby match. Damien Marriott started the scoring off with a penalty within the opening minutes. The opening try came from the captain Danny Newbury after picking the ball up from a breakdown 5 meters from the line for him to then carry it over and Marriott to convert.

Ventnor then endured the response of Aldershot & Fleet and had to show their strength in defence but Ventnor were making it difficult for themselves by making simple errors and allowing the home side to gain possession, with these continued errors Ventnor would then go down to 14 men after Shaun Williams was sin binned for not releasing the ball. Still Ventnor wouldn’t concede and after great carries from Wight Link Man of the match Tobias Penner and Paul berry to get the visitors into the oppositions 22 the ball was shipped wide out to the wing where Marriott had seen space and went over for the second try and his second conversion of the game, he would also convert another penalty before the break.

The second half would see Ventnor step it up a gear, with the introduction of the influential Nolan Winter, and score the remainder of the tries for the afternoon and shutting out Aldershot & Fleet. The addition of Winter meant Ventnor’s forwards were outstanding and won every scrum in the second half providing a platform for the backs. The forwards were able to score a magnificent 8 man try by driving the opposition back 5 meters in a scrum for TP to touch the ball down at the back. TP again picked up from the back of the scrum and would this time off load to James Morley for him to crash over the line.

Select members of A&F were beginning to get riled and aggravated but Ventnor managed to keep composure and ran in 5 more tries from Jake Babington after some great running from his outside centre it opened up for him to run in from half way, Chris Dobass who scored a replay of his try the week before linking up with the forwards off a line out, Damien Marriott who broke through from the middle of the park to then score with an elaborate forward roll over the line, Danny Newbury who fell over the line again and Matthew Cripps with an individual effort to score. There could of been another couple if Ed Blake had not been stood so far wide that he was actually with the spectators when he was screaming for the ball, also Nolan winter making a storming run. A great end result for Ventnor and excellent team performance to win the game.

Ventnor went into this game around the bottom of the league but with it being worth double points it had the chance to put them near the top and in line for promotional placement.

The first half Ventnor were totally dominated and lost every line out in the game. As a result they ended the first half losing 17-0.

After a stern talking to from inspirational captain Allan Bridges, Ventnor came out fighting in the second half. Strong runs from Gavin Davis, Kyle Draper and Rob Ward hammered a tiring Portsmouth.

3 tries were scored, two by Man of the Match Gavin Davies and one by Rob Ward. Davies also making two conversions to give Ventnor a narrow two point win. A true show of grit and determination from the lionhearted side with the magic touch. 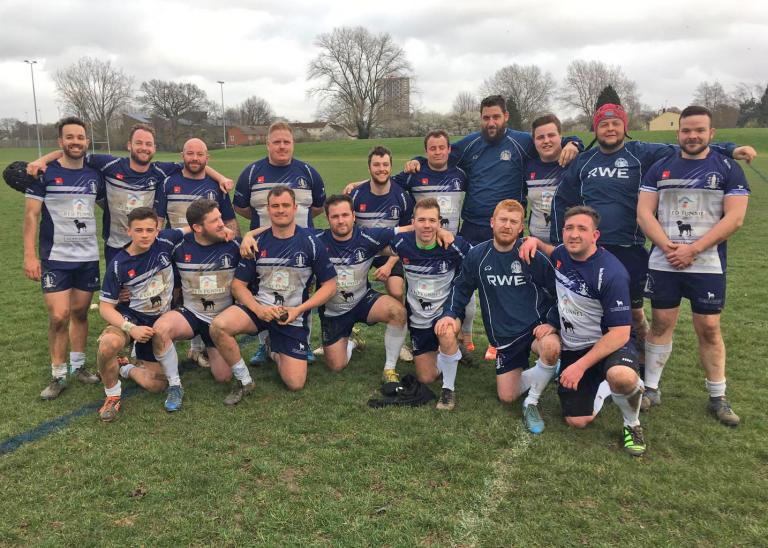 Match report Southampton RFC 1XV 45 -30 Ventnor RFC 1XV 2 March 2019 Despite scoring 5 tries away from home, Ventnor were unable to seal the victory away to Southampton RFC 1XV.  After winning the coin toss, Southampton RFC opted to play with the significant wind in the first half. This looked like a great decision after…

Ventnor 1st XV 5 – 71 Bognor XV, 04/11/2017 By James Green Even though the score indicates that it was a one-sided match, in phases Ventnor played some very good rugby, and in reflection will take a larger number of positives from this match than negatives. In a hard-hitting encounter, Ventnor played as they usually…

The wheels fell off Ventnor’s promotion band wagon last Saturday when they lost to second place Overton. Ventnor started slowly and fell behind after 10 minutes when the Overton scrum half darted over from 10 yards out. This seemed to shake Ventnor into action. The forwards began to win good ruck ball and made in-roads…

The spoils went to the Isle of Wight for this game. Ventnor 1XV went out to try and get a second win over the Isle of Wight this season, but it wasn’t to be. The home side started well and scored early on. Ventnor were then their own worst enemy and continuously gave away penalties…

Ventnor continued their Hampshire League 2 campaign at Fareham Heathens on Saturday (2nd Feb). Ventnor expected a comfortable win against one of the bottom sides but struggled to play the kind of rugby that have seen them push for promotion. From the kick-off the heavy Fareham forwards applied constant pressure on Ventnor, slowing the ball… 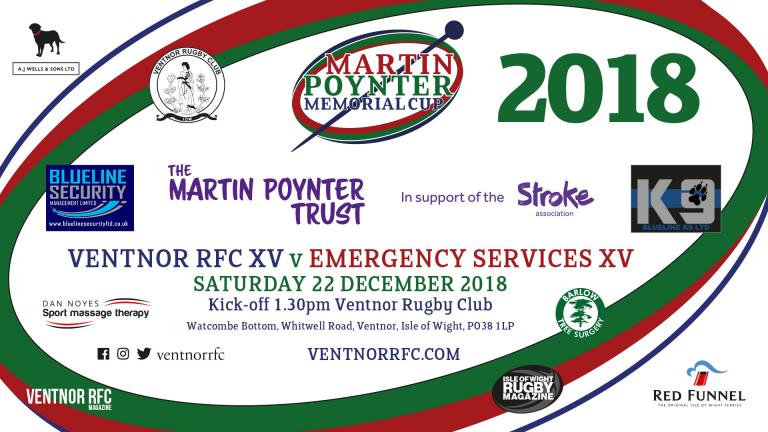 As all of you know we are organising the inaugural Martin Poynter Memorial Cup rugby game on the 22nd December, raising funds for the Martin Poynter Trust/Stroke Association. We will be laying on an entertaining game of rugby between Ventnor RFC v Emergency Services XV at 1.30pm. We’re on the hunt for though is some…