Ventnor again produced a winning result against a team who literally put up a fight.

The game started with some bruising hits from both sides, an early indication of the nature of the game ahead. The first points were not scored until the 25th minute as Damien Marriott slotted over a penalty despite it hitting the crossbar.

After that Chineham look certain to score a breakaway try only for the winger to knock it on at the 5 metre line.

Fighting then started to dominate the game as the heat was taking its toll. Tommy Engelgardt was sin binned along with Chineham’s number 8 for the remainder of the half.

Ventnor’s only try came from Chris Dobbas, who combined with Tobias Penner, to score under the posts. Marriott converted for a 10 – 0 half time score.

The second half was a slightly calmer affair as both teams settled into some lovely passages of play. Marriott again slotted home a penalty for Ventnor’s final score of the day.

The game became very volatile after Chineham scored a converted try after a long time inside Ventnor’s 22.

Once again throughout the game Ventnor’s scrum was unstoppable. Winning scrums against the head was probably the most decisive factor in the game.

The game ended and was followed by an unsportsmanlike act from Chineham who simply left straight after the match without even showering.

A J Wells Black Dog awards – Danny Newbery, Chineham for leaving and Nolan Winter not bringing his kit for a second time this season.

This match illustrated some of the very best and the very worst of Ventnor rugby club. Shorn of over twenty players due to a mixture of injuries and other commitments the 2nd team still managed to enter the field of play with a squad of eighteen.

Despite being a patchwork team Ventnor started the match well in the sunshine and were winning the scrum battles with powerful prop Adam Pratt utterly dominating proceedings.

Some clever play and a slick pass by captain Allan Bridges released George Poulet on a jinking run to cross the line for a deserved lead. Evergreen Warren Riches added the extras.

At this point Adam Pratt was forced from the field with an injury and the reshuffle meant that Charlie Hink had to move to prop from hooker where he’d been having a great game.

Sadly for Ventnor Millbrook started to get a foothold in the game and at half time the score of 12-7 was an accurate reflection.

The second half was one-way traffic with Ventnor unable to get anything going. Everything Millbrook attempted came off perfectly and ended in a try and everything Ventnor attempted came up short, was turned over and also ended in a Millbrook try. The final score of 57-7 told a story of a well-drilled team using their experience to beat an energetic and enthusiastic side who clearly were short on the type of teamwork that playing together week on week brings.

Excellent defending from Ryan Cooper deservedly won him the man of the match award and the whole team battled to the end. The game was played in sunshine and in terrific spirits and was a good advert for the sport. 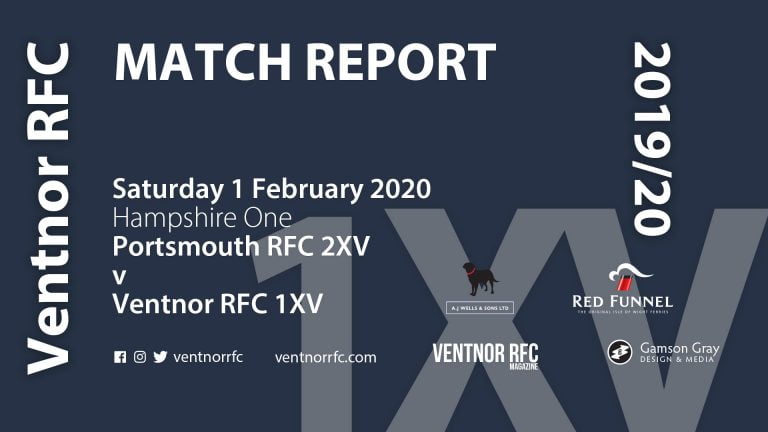 Playing against a stiff breeze, Ventnor started strongly and were unlucky that, after a sustained attack, the final ball from Sam Lines to Alex Enache just went to ground with the line begging. However Portsmouth soon set out their tactical plan, playing ten-man rugby and kicking deep. (Meanwhile one can only imagine that their outside…

Ventnor’s last game of the season was away to Kingsclere and the furthest the island team had to travel and managed to finish the season with a win. The game was evenly matched for the first 20 minutes with neither team being able to put any points on the board. Ventnor had a number of…

The wheels fell off Ventnor’s promotion band wagon last Saturday when they lost to second place Overton. Ventnor started slowly and fell behind after 10 minutes when the Overton scrum half darted over from 10 yards out. This seemed to shake Ventnor into action. The forwards began to win good ruck ball and made in-roads…

Hampshire Division 2 Fawley RFC 31-38 Ventnor RFC 1st XV Ventnor 1st team travelled to Fawley this week for a game that was always going to be physical from start to finish, and came out on top with their heads held high. With a few absences from the team fielded last week and players in… 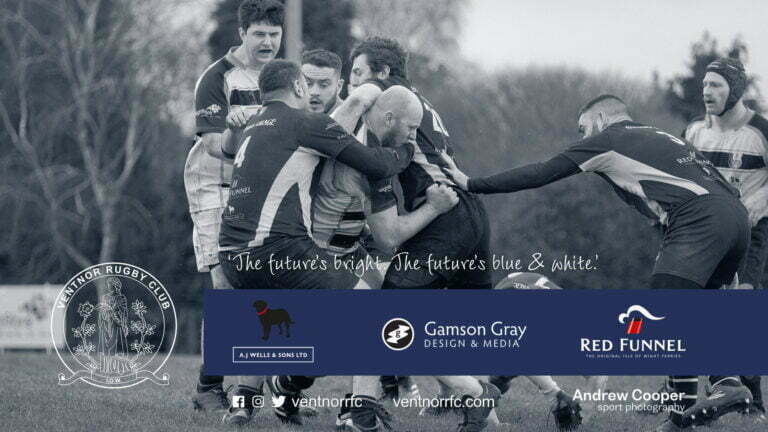 Match report Ventnor 1st XV 17-45 US Portsmouth 1st XV 23/09/2017 Ventnor’s tough start to the season continued this week with a loss to US Portsmouth. US Portsmouth scored first and put the homeside under pressure from the off and managed to gain nearly all of their points within the first half of the game….