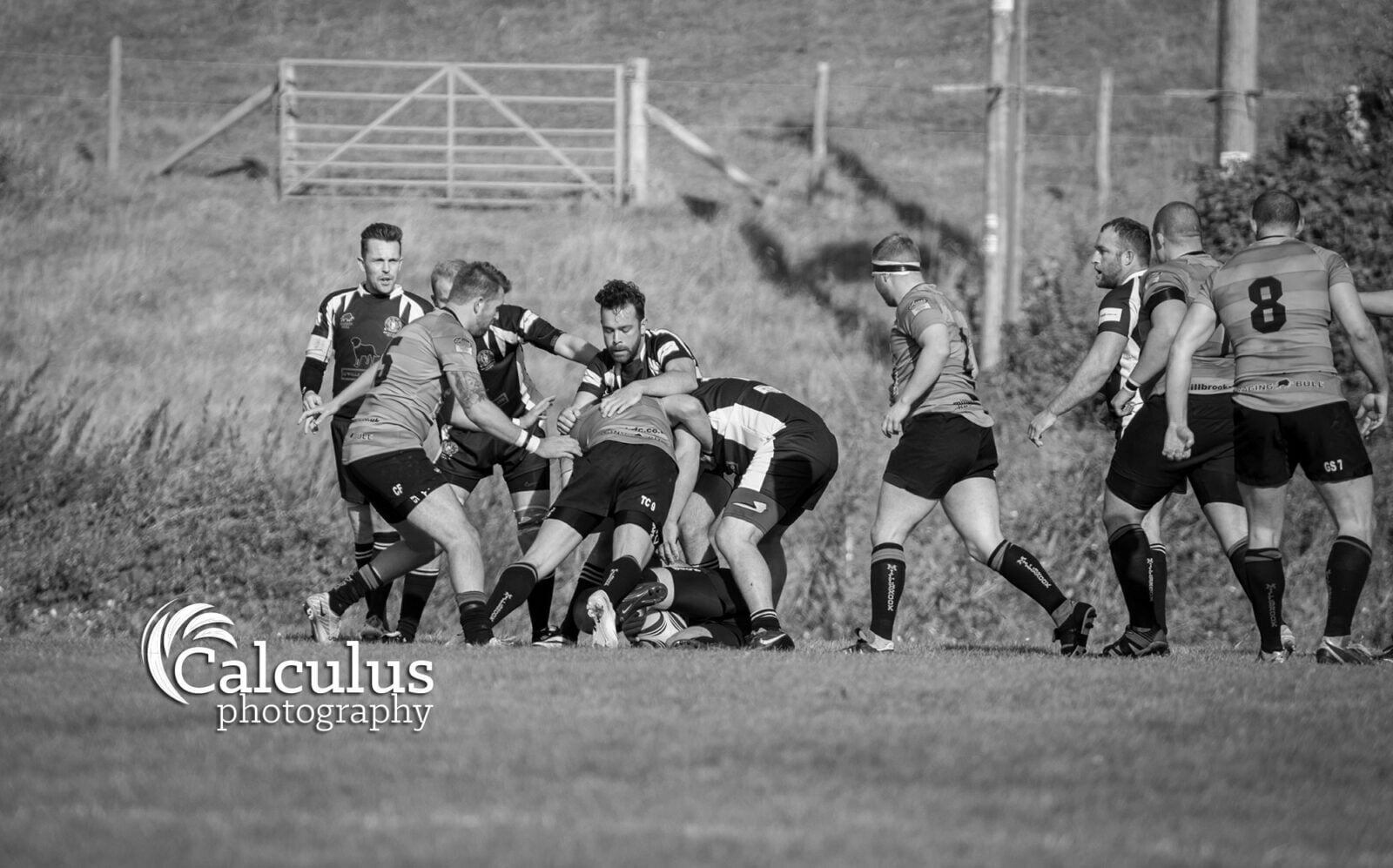 With only 14 people on the boat – one of which being Nolan Winter, the new captain running on to the boat and an ill thought out fancy dress theme, this looked to be a typical Ventnor II away day. The squad was boosted in Portsmouth by Paul Berry, fresh from a heavy night out in Brighton, and a random ginger boy we found at the side of the road who we later found out was called Ryan and that he had once played scrum half. All in all welcome additions to the squad. At this point Ron Gibson had a few more beers safe in the knowledge that he might not have to play this week.

The game was off to a fantastic start before it had even kicked off as there was no referee. One of “The Squirrels” decided he wanted an afternoon of abuse and offered to don a whistle and a pink hoodie. This is the new uniform the RFU are trialling.

Locks Heath at the kick off decided to spilt the pack for the chase, later reports suggested this was not tactical just that no one knew what was happening. Sean Williams caught it and off the game went. The next 20 minutes were quite uneventful, apart from a few knock-ons and a disagreement as to what a ruck was. The first interesting part of the game came when Sam Lines kicked forward from the half way, as he noticed that Locks Heath full back was lost and confused in a ruck, which allowed outside centre Ross Harris to capitalise on a loose ball and score under the posts. An easy conversion followed for Warren Riches, in this his 75th year of playing rugby – truly remarkable. The referee brought the half to a close 3 minutes early as a Locks Heath player had fallen over.

The second half was a bit more exciting, so much so that Mickie Buttle actually managed to stay awake for the whole half, especially as he was made linesman. The pack had had a reshuffle by now as captain for the day Jakobus Stemmet had come off for Paul Berry to come in at 8. Shortly after the restart, a flowing hands move gave winger Dappy from N-Dubz a clear run at the line. Unfortunately he fell over 2m from the line and knocked on. A chance to steal the game had slipped through his hands – literally. With an extra lifeline given to them, “The Squirrels” brought on a few first teamers to try and cease victory and they camped in Ventnor’s half for the remainder of the game. Some resolute defending from the likes of Fast Fred, James Blake and Chink denied access to any points. Andy Gilbert’s rucking too was causing a nuisance as he stole the ball on countless times. Unfortunately, Locks Heath broke through the line and scored in the final 5 minutes. A disheartening event, that some argue was a fair result.

However there was one victory in the day. After constant harassment of every woman he came across, Tom Engelgardt finally got a kiss of the Wightlink tea lady.

By the way, Locks Heath are now called Squirrels as the name Pumas was not frightening enough. You learn something new everyday.

Man of the match – Ross Harris