Ventnor were gifted a home fixture as their first game of the 2017/18 season, however they would be facing Millbrook RFC who had just come down from the league above, so a tough game was expected. With a fresh new kit for the season and the weather factor presenting as a mixed bag of wind, rain, and spells of sunshine, anything could happen.

Millbrook quickly took the lead with their first score with in the first few minutes of kick off, this being a bit of a theme throughout the first 20 minute.

However, Ventnor refused to give up and started to step up defensively for the remaining 20 minute of the first half not allowing another score, as well as putting in a few good looking offensive moves. Sadly these did not result in a Ventnor putting points on the board.

The second half started much like the first with Millbrook putting up an early try in the second half. A few injuries started to show in the second half for Ventnor making the situation more difficult, but they still continued to press and show that Ventnor was not a team to give up that easily, even when the score was going against them. The only score of the day for Ventnor would be scored by Ed Blake intercepting a pass off a tap and go penalty from Millbrook within Ventnor’s own half. Unfortunately the conversion was unsuccessful meaning Ventnor had to settle for 5.

It was a tough day in the office for the boys in blue and white, but they were able to walk away knowing they played the full 80 minutes without giving up. All though there are things the team will need to take away and build on, there were some positives for the team to take away to.

The game was preceded with a minute silence as a mark of respect for ex-player Martin McMeechan who had sadly passed away in the previous weeks. A real giant of a man who will not only be missed around the club but the town of Ventnor as a whole. Thank you to Millbrook RFC who helped us show our respect.

With a few changes to the side from the previous week, Ventnor RFC  entertained the high flying Farnborough RFC who’s revitalised side have been running riot in many games this season. A large crowd attended the match with the visitors bringing a coach load and Ventnor hosting an 80s reunion with over 20 former players meeting to watch…

DEAR ALL THIS IS AN IMPORTANT TIME OF YEAR FOR THE CLUB THE REVIEW OF SPONSORS FOR NEXT SEASON IS STARTED ITS A TOP LINE MATTER, SPONSORS VERY MUCH HELP SUSTAIN OUR CLUB IF YOU@VE ANY IDEAS PLEASE CONTACT ROG rogerevans515@btinternet.com THANK YOU 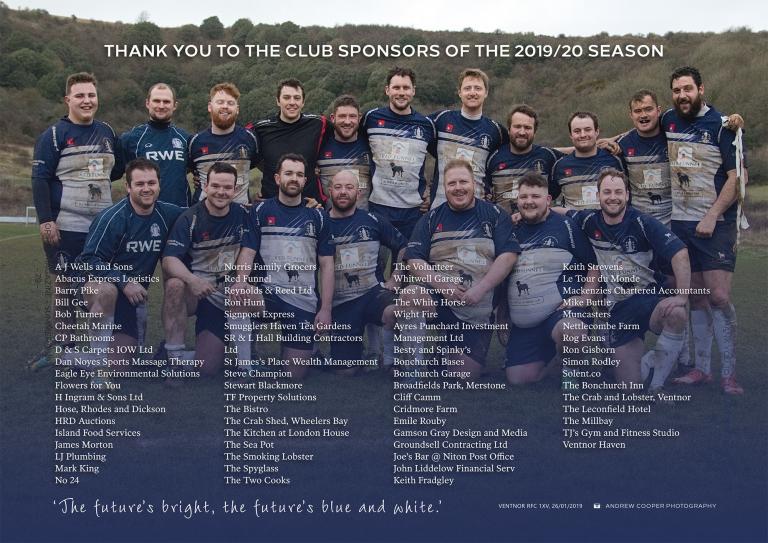 Thank you to the club sponsors for the 2019/20 season; along with the work of Roger and James as the co-ordinators for the club sponsorship. The club and players are indebted to all to keep the club moving forward. A J Wells and SonsAbacus Express LogisticsBarry PikeBill GeeBob TurnerCheetah MarineCP BathroomsD & S Carpets IOW… 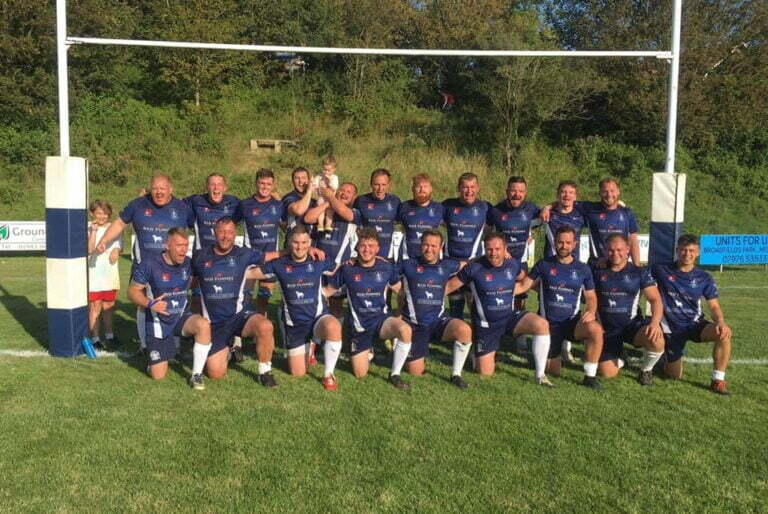 Ventnor RFC 1XV 32-26 Isle of Wight RFC 18 September 2021 With the sun shining on two stacked squads, you could tell it was going to be a great day for rugby no matter the outcome. It has been 18 months since both teams have played a league game. And what an opener it was!…