Ventnor travelled away again this week for a highly anticipated clash with 6th in the table Fareham Heathens RFC. Looking for their first win of the season and with the force of ‘Storm Brian’ in full effect it looked like a rocky trip both on and off the pitch for the travelling side.

The match started with high hopes. This season’s Captain William Babinton  lead from the front with a great physical display, partnered well by scrum half Andrew Gough marching the Ventnor 15 up the pitch. A momentary lapse of concentration however saw the Heathens capitalise with two trys in quick succession. This would see the rest of the half played out in the same manner with the home side putting 4 trys past the visitors before the whistle went for the half time break.

Ventnor came out the blocks looking like a different side the forward duos of Morley-Jones and Savill-Edwards saw Ventnor breaking the game line with thunderous runs. The dominant phase play of the forwards pressured the home team to concede penalties giving the back line the chance to counter with quick ball from the tap restarts. The final blow came from Gough with a pick and go 5 meters out scoring Ventnor’s only try.

As the weather picked up in its brutality the home team scored again through a well worked routine in open play. League debutante’s Andrew Teague and Ben Gough stepped up, coming on as replacements for a fractured Ventnor side working well in the defensive line. However again Fareham was able to capitalise from a turn over and scored the final try of the game.

The 43-5 loss was a hard score to bare for the visitors but improvement was seen and after this weekend’s league break the boys in blue look forwards to working on the positives of this game away to Bognor. 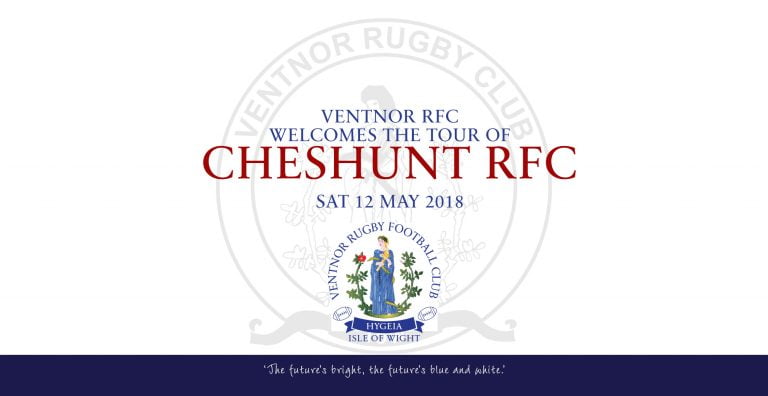 Ventnor secured their second place with a superb performance against Overton. The last game between the two sides saw Ventnor just win it 30-29, so coming into this game they knew they had to perform well. Ventnor thought they had scored early when Ed Blake crashed over in the corner only for the referee to…