Ventnor were keen to put on a good display with their first home match of the new year and earned the first league points of the season in a thrilling match.

The start of the match was one to forget for Ventnor as the rejigged side took a while to adjust to the fast pace Fordingbridge play at. Four quick tries put the Home side on the back foot.

However, once things started to click momentum swung the other way and good defensive pressure lead to Sam Lines picking up a loose ball to sprint clear for his first of the afternoon. This gave a much needed boost to the Island side who then started to dominate collisions. Progressive working up the field lead to a scrum to Ventnor on the oppositions 5 metre line and the dominant pack surged forward allowing Andrew Gough to power over. He then converted it himself.

A bit of a blow was dealt with captain Jake Babington having to be taken off the pitch and to A+E with a cut to the face. Calvin Edwards came on to replace him. A couple of hard worked tries followed for Fordingbridge. This gave Ventnor some more spirit as the team rallied. Another try for Sam Lines finished the half on a high note.

The coaching team had some points to work on for the team during the break and a lot of positives to be enhanced. As the second half got under way, it was some time before another score came as both teams were matching each other defensively.

As Fordingbridge pushes for a score, Chris Dobbas intercepted close to the defensive try line before offloading to Ed Blake to sprint clear along the length of the pitch.

After this the physicality of the the Ventnor side improved yet again as confidence grew. Culminating in James Green crashing over for his try. Fordingbridge could only manage one try in the second half, leaving Ventnor to wonder what could have happened.

A positive performance against a top of the table side and a great platform for the rest of the season.

So what has been going on at Ventnor RFC the last few weeks? Well as always quite a bit! Pre-season is now in full swing with guys being worked hard by both Damo and Jim. With the first game only a month away the hard work really starts now. There have been some impressive displays… 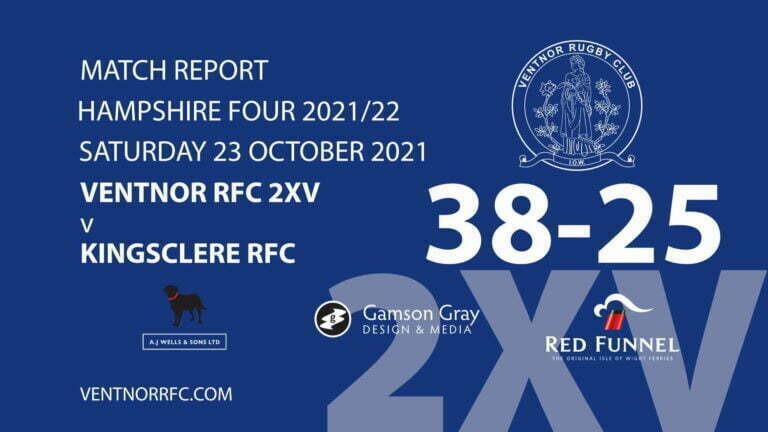 Hampshire Division 2 Ventnor RFC 1st XV 31-0 Kingsclere Ventnor started their season off with a win at Watcombe Bottom this weekend. With new 1st team captain Todd Riches, Ventnor were fired up for their opening game of the season against Kingsclere a team that has moved to Hampshire 2 from the Kent league last… 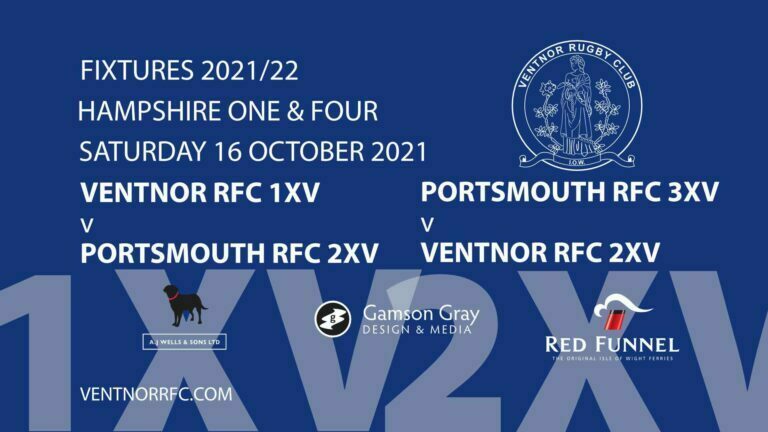 Ventnor RFC Rugby this Saturday 16 October 2021 Ventnor 1st XV play Portsmouth RFC 2nds at Watcombe on Saturday (16th Sept) in Hampshire League Div 1. Kick off is at 3pm. The bar will be open from 2pm. After the great win last time out against Romsey, Ventnor RFC 1XV 15-9 Romsey RFC Saturday 2…