Derby day’s means the form book is chucked out the window and anything can happen; this and a strong line up gave Ventnor positive energy going in to the game.

The first quarter of the game still had the score line at 0-0 but the game was anything but uneventful. End to end rugby with breakaways, hard hits and try saving tackles, entertained the large crowd at Wootton Rec. The first points of the game went to the home team with an unconverted try coming after a long passage of play eventually stretched the Ventnor defence too far. This was followed by a long range penalty kick to make the score 8-0 at half time.

Ventnor’s scrum was very dominant all game and this turned into points when Sam Pickard broke off from the back of a surging scrum to power over the line. Sam Lines converting to bring the score to 8-7.

With this Ventnor found another gear and with fly half Andrew Gough pulling the strings of the attack, the away side were soon up in the opposition 22. This time Ventnor were ruthless and captain Jake Babington slid over in the corner to give Ventnor a well-deserved lead.

Isle of Wight then scored against the run of play and a try under the posts. 15-12 to the home side.

As both sides sought to gain momentum, scuffles broke out readily with some scenes a TMO would have had a field day with. Unfortunately for Ventnor, one of the incidents the referee decided to recognise resulted in a yellow card for Liam Roberts. The resulting penalty took the home side to an 18 – 12 lead. Ventnor needed a converted try to win and they’d have to do it with one man down. Game on.

As the game drew to a close, frantic play from both sides ensued. The clock went dead, and it was now or never for the men in blue and white. A penalty was awarded and a kick for touch meant Ventnor had a play from a line out to seal off the performance. A good line out manoeuvre lead to some slick hands and Ed Blake scoring in the corner. 1 point down, 2 possibly to come from the conversion. Unfortunately it wasn’t to be as the conversion proved too difficult.

Despite the loss, Ventnor could leave with their heads held high. They had scored 3 tries to the Isle of Wight’s 2 and had dominated large passages of the game.

Special mentions to Chris Hill who impressed on debut, James Green who in his debut season continues to improve, and to Sam Dawson for his scrummaging dominance.

The full match report and images will appear in the spring edition of the Ventnor RFC Magazine
It will also feature in the forthcoming Isle of Wight Rugby Magazine, first edition.

Buy your copy of the Ventnor RFC Magazine Spring Edition online via the club website shop or from the clubhouse bar. 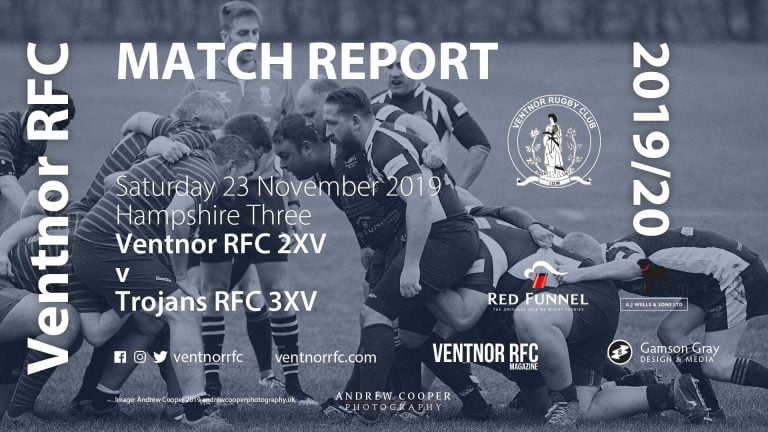 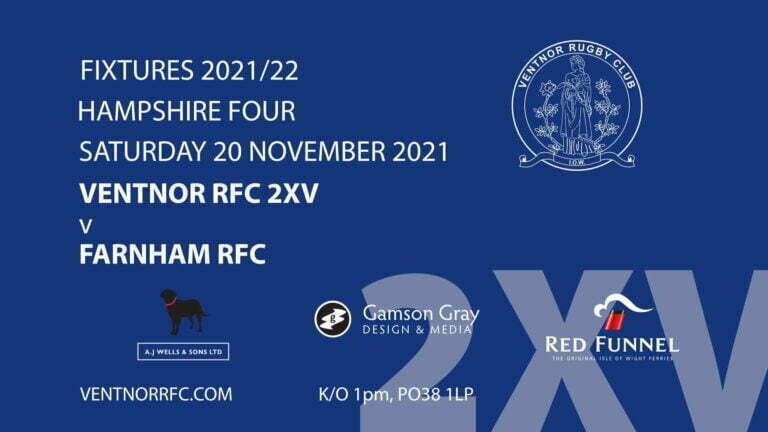 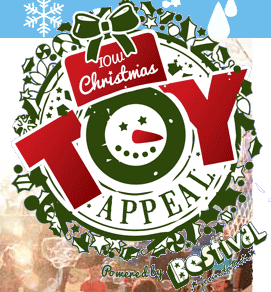 Dear VRFC Family, The current 1st and 2nd XV squads have decided that they would like to support the Isle of Wight Toy Appeal being organised for this Christmas. They will be collecting toys over the duration of this week ready to present to the appeal early next week on behalf of the club. If…

Following two thumping Ventnor RFC home wins on Saturday Club President John Adams was pleased to accept a cheque for £100 from the C.P.R.E. in return for a club litter pick that took place earlier in the year. This money, along with £126 raised by the match-day raffle, was in-turn donated to the Sophie Rolf…