It may have been a cloudy day down at Rew Valley, but nothing was going to overcast the focus or determination that Ventnor had set the target to get that big win this day, with one of the strongest second team sides Ventnor had ever fielded.

Ventnor started the game strong making some good ground, and sealing off the rucks to protect the ball to move forward, showing some early signs of dominance. However Alton held their own defensively denying an early try opportunity and holding their line well. Eventually Ventnor were able to break through and get their first try of the day scored by guest player, number 9, Sam Cooke. With a successful conversion form Warren Riches this put the home side up 7-0.

Although the home side were playing some dominant rugby, a few clumsy penalties gave the visitors good field position, as they were able to capitalise on an overlap scoring their first try of the game. However they were unable to convert the kick from a difficult position, making the score 7-5 to the home team.

Some strong phases then lead to Ventnor being able to capitalise for the second time with Justinas Urbonas scoring, putting the home side up 12-5. Before the halftime whistle came an unexpected but well worked try from Tom Englegardt, who was able to exploit the gaps, run in a third try for Ventnor. A well worked try for a player who had not stepped on a rugby pitch in over a year! With another successful conversion from Warren Riches, Ventnor went in to the half 19-5 up.

The second half came and fatigue started to set in from both sides, with some mistakes leading to dropped balls or sloppy penalties. Tempers started to flare at times too, but both sides did well to calm those involved down and focus back on playing the game.

Ventnor, however, were still dominating the scrums, and continuing to make their tackles putting pressure on the visitors. Despite this the visitors hit back, and nearly scored their second of the game to close the gap in the right hand corner of the field. But the ball was knocked loose by Corey Tuner on Ventnor’s try line stopping the scoring opportunity as possession as handed back to Ventnor.

In the later part of the half, Ventnor were then able to score their fourth try, a second for Sam Cooke, making the score 24-5. With not much time left on the clock, Alton were still putting in the efforts to score and not willing to roll over as some might this late in the game. Their hard work payed off, as they were then able to score their second try of the game. The conversion kick went wide, making the score 24-10.

Despite having the lead with the clock running down to fulltime the home side were able to recover a loose ball and get it out to the backs, who were then able to capitalise and score Ventnor’s fifth try of the game, scored once again by Sam Cooke completing his hat-trick. A successful conversion lead to the final whistle being blown.

This topped off what had been a long year for Ventnor with few second team games being played, but gives the club a much needed morale boost going in to next season.

Despite the score this was a well contested game with both teams giving it their all. Ventnor would like to thank our visitors Alton RFC for making trip over to us and as always; rugby is the real winner.

Special thanks also out go to Ventnor players Dan Noyes, Cory Turner and Ben Atkins for putting in stints for the visiting team so they could continue to play with 15 men when they had injuries and no replacements to bring on. Each showed what the true spirit of second team rugby is all about.

Isle of Wight rugby photography by Andrew Cooper Photography from this game will appear in: the Ventnor RFC Magazine Summer 2018 edition

Ventnor RFC enjoyed a 40th birthday last Saturday since being reformed in 1974. Guests, Trustees and Vice Presidents of all ages come together once again to hear speakers and toast the success of the Club. The celebration was led by John Metcalfe, John Whitehouse and Stuart Babington. Adam Pratt was Master of Ceremonies. The Ladies… 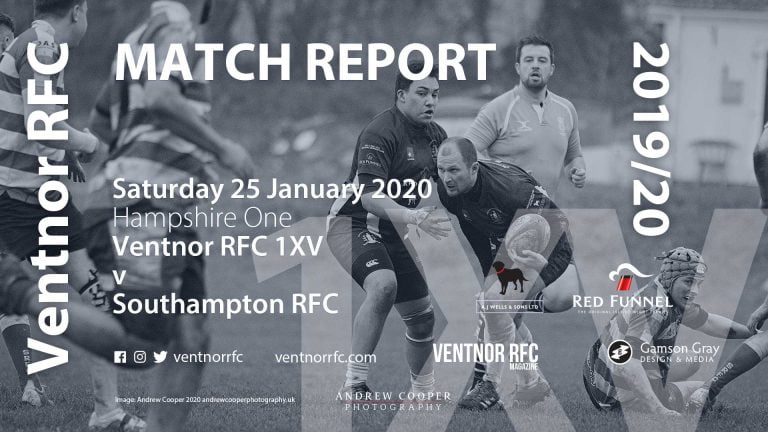 This was a disjointed match in which a combative Southampton team played a full part based on a game-plan of spoiling Ventnor’s possession and challenging the offside line at every opportunity. Ventnor started slowly – possibly still emotionally charged from the minute’s silence given to in respect for the family bereavement of Alan Whitehouse, a… 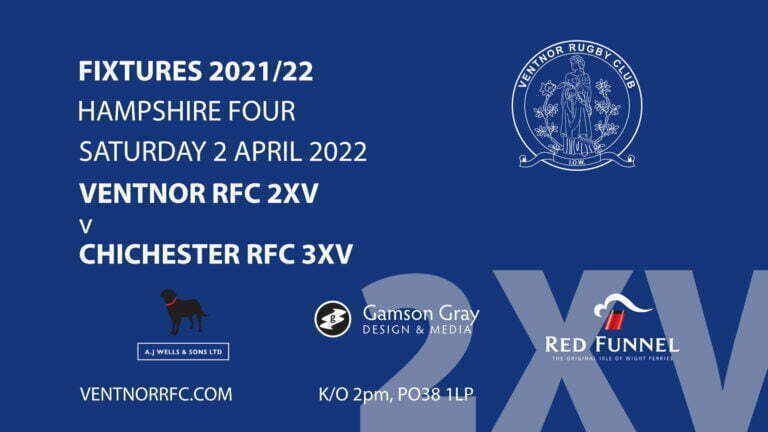 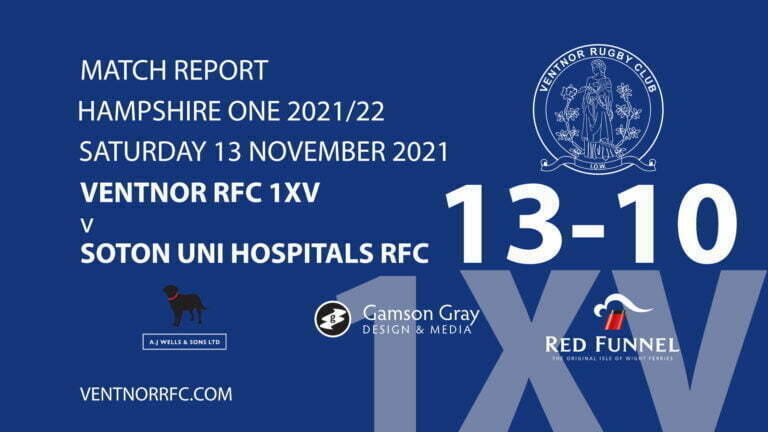 Ventnor RFC 1XV 13-10 Southampton University Hospitals RFC Sat 13 November 2021 This was another typically nail-biting match for Ventnor whose dominance in the set piece was nullified by small errors and a damaging penalty count. The game started promisingly for Ventnor with an excellent 50 – 22 kick from Sam Lines putting them in…

Ventnor entertained second-placed Fawley at Watcombe Bottom last Saturday (26th). Ventnor, playing with the wind behind them, went on the attack from the start. Cooper soon slotted over a penalty after Fawley were penalised for being offside at a ruck. The Ventnor forwards laid seige to the Fawley try line and were rewarded when they pushed… 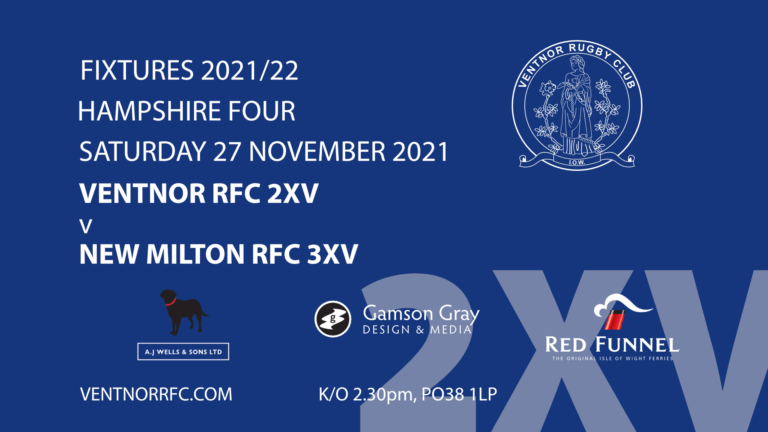