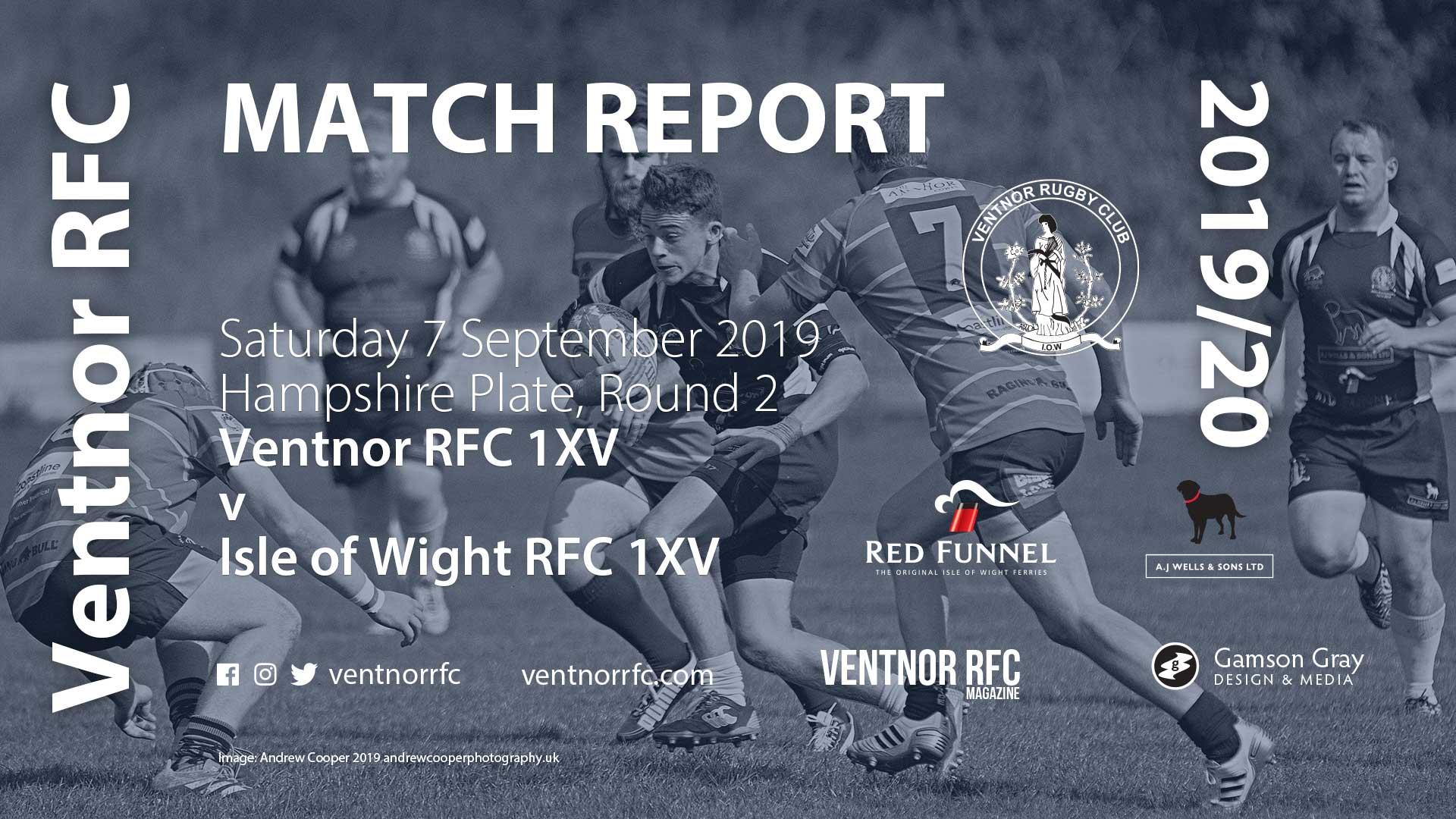 It was another sunny day at Watcombe Bottom as Ventnor RFC took on Isle of Wight RFC in the Hampshire Plate. With it being the opening game of the season for both clubs, it promised to be it’s usual competitive derby clash.

A minutes silence was held before the game in remembrance of Carl Crawley, a Ventnor player who suddenly passed away last month. Rest in peace Carl, from all of us at Ventnor RFC. “Cymru am byth!”

Ventnor started off well, running some solid lines in attack and making strong tackles up front, however the first points were awarded to IWRFC after they were able to convert of a penalty kick putting them up by three. It wasn’t long after though that Ventnor were able to reply with the ball being played out wide to Alan Fox on the wing, scoring his first try for Ventnor first team. Ventnor were unable to convert the kick from out wide making the score 5-3.

As the game progressed there were good displays of attack from the home side, but following a turn over that was kicked deep in to the Ventnor half, IWRFC were able to regain possession on the Ventnor try line and place it down for their first try of the game. Successful conversion make it score 5-10. But once again Ventnor replied quickly and were able to pick up another 3 points with a kick from Calvin Edwards, closing the score line to 8-10.

Play continued and Ventnor still showed some strong displays of rugby, but unfortunately would not put up any more points on the board for the remainder of the game. IWRFC were able to convert one more try and kick 4 more penalties, finishing the game at 8-29 to the visitors.

Despite the score line it was a closely fought match which could have gone either way at different points in the game but a strong sense that Ventnor were playing the “better rugby” For Ventnor, this was a valuable learning experience for the young squad with some great positives to take forward in to the regular season starting next week.