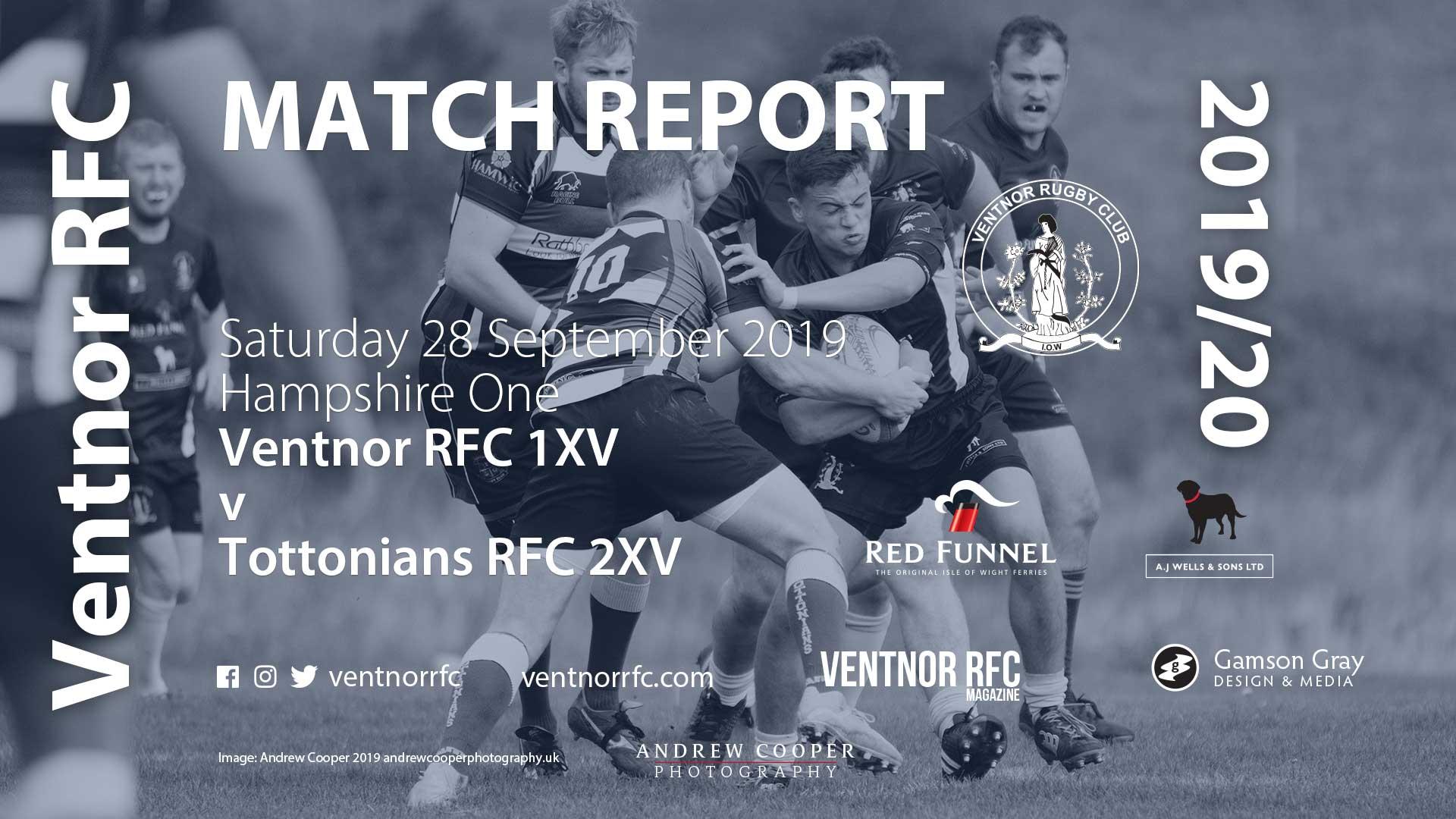 On a very windy day at Watcombe Bottom, Ventnor 1XV hosted Tottonians 2XV in what looked to be a very exciting game.It was from the offset a game with great energy shown from both sides.The scores were opened up by the away side, great support and pressure from the forwards lead to a try near the posts, which was successfully converted. Calvin Edwards answered with a penalty kick to open Ventnor’s account. Then, the away side scored again within the next few minutes and the visitors found themselves in the lead arguably against the run of play.

However, with a great orginal break from Sam Lines and support by Max Wheeler, the Ventnor backs regrouped and shipped the ball wide to Ben Atkins, who was able to slide over in the corner. Due to the wind, Ventnor were unable to convert. Score 14-10 to the away side.

Ventnor then had something to showing for their impressive attack. Offloads galore saw the ball pop from Jones to Hill to Harris and the evergreen full back had a try that pleased the home crowd.

Just after kick-off, the Tottonians number 14 sliced through the middle of the Ventnor’s defence and slid between 3 more defenders to score a brilliant try under the posts.

With Ventnor losing Teague, Harris, Wheeler and Edwards to injury things were looking tough now as they were down to 14 players.  However, with great persistence from the Ventnor pack, who had been dominating the set piece, Sam Lines was able to take a crash ball to the line and slam the ball down. Warren Riches providing the conversion, this brought the score to 20-21.

Were things swinging Ventnor’s way? Sadly it wasn’t to be; another great break by Tottonians lead to a replacement winger outpacing the chancing defence to get under the sticks for another converted try.

Sadly the game was called short by 7 minutes due to broken leg, needing an ambulance on the pitch. An ambulance was also needed for another Tottonians players with a possible neck injury.

Final score Ventnor RFC 20-28 Tottonians RFC. Ventnor RFC, it’s players and supporters, send our regards to the injured players and hope they have a fast recovery.

Once again another hard fought game for Ventnor who surely will soon taste victory. The young side are certainly starting to earn their stripes in a tough league.