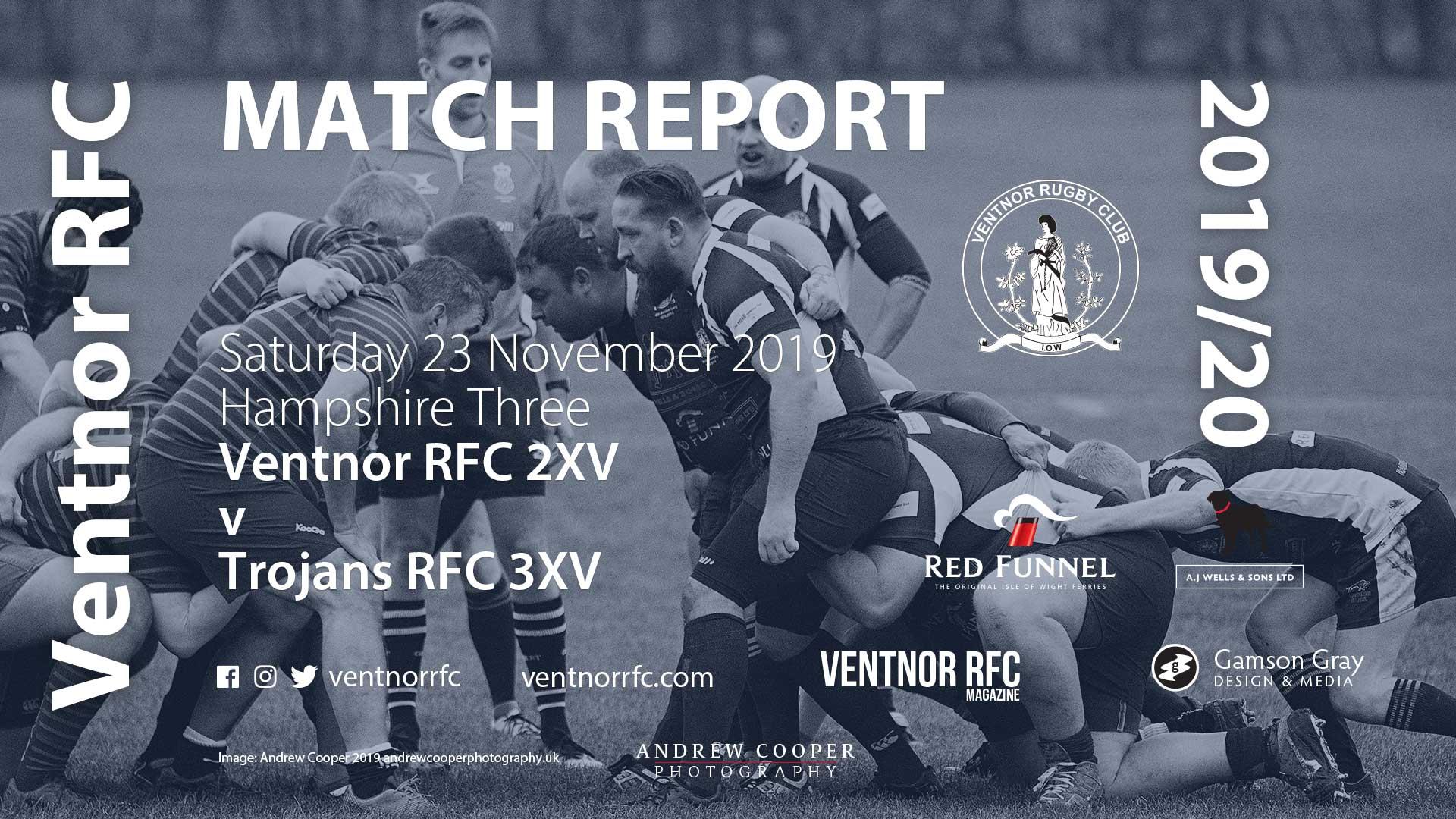 After many players made themselves available for our home game against Trojans RFC 3XV Warren Riches and myself were tasked with putting a team together for Ventnor’s 2xv first home game of the season.

After tough negotiations and a team sheet and the bribe of a few beers Stuart Babington agreed to play along side his partner in crime Warren Riches, along with the returning Ben Cooper (after a long term injury). Once all the might Lions players arrived the team found themselves 2 players short, until 2 young supporters were found boots and blue and white jerseys to wear on their backs. Ventnor had a full team.

The match started with great pace and some great work from the forwards for the first ten minutes, sadly a defensive error and some good work by an experienced Trojans side with youth and experience broke the resilient Ventnor defence to score a try and convert.

Ventnor came straight back at the visitors with some great pressure and after along period of possession a handling error gifted the visitors a chance to attack with some great movement they caught the home team off-guard and chipped the ball over the top and the bounce fell nicely for a young Trojan play to run onto and score the visitors second try.

From the restart Ventnor looked strong and backs had some great movement but the visitors had too much experience and closed down a newly formed back-line with two new inexperienced players.

A clearance by Warren Riches was caught by a young Trojan player who had great footwork and speed; as he was running past Warren who could be heard saying that play just ran passed me and scored.

After the restart there was a family feud involving Warren Riches and his nephew Matt Cripps on who was playing 10, I thought it best to let them sort it out as it was a family matter.

After a few more try’s form the visitors it was half-time and a chance for Ventnor to regroup, the start of the second half was much better from Ventnor as they had now become more organised and had better chances of scoring some great work form the forwards and a back line growing with confidence.

Ventnor really looked like they were going to score but Trojans defence was toO strong, after another dominant Ventnor scrum involving Alexandru Enache and Ben Atkins, magic man Allan Bridges thought he was still doing park run and ran straight of the pitch after losing his bearings.