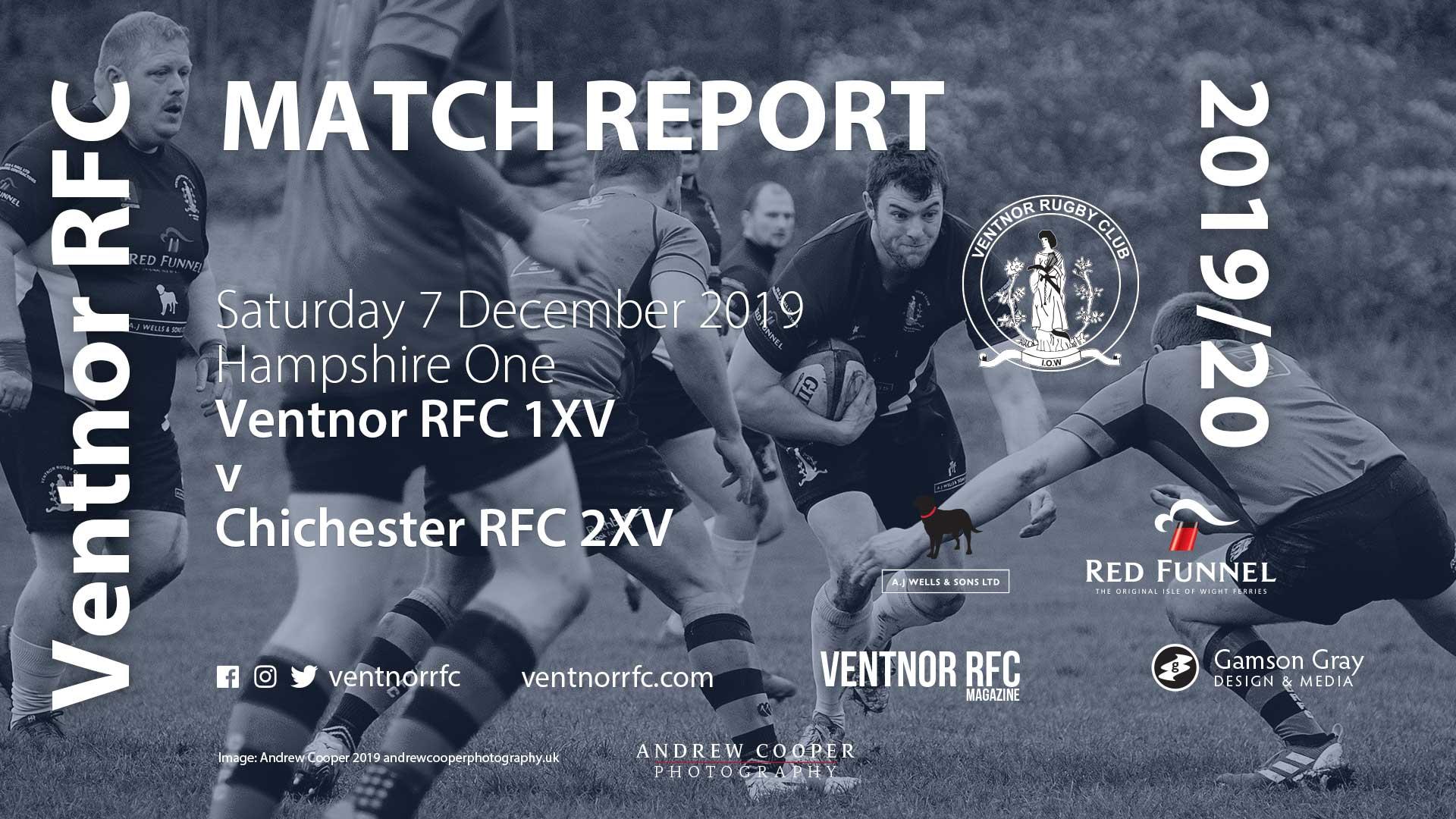 Ventnor started this game at real pace and camped deep in Chichester’s half for a long period with the drives of Cameron Griggs and Harry Colson prominent. Under this constant pressure, the visitors came offside and Max Wheeler slotted the penalty to take a deserved lead.

Ventnor went straight back on attack spearheaded by skipper Lewis Jones characteristic charges but were unable to make any real progress in the threequarters which met stern defence throughout. Gradually Chichester took a foothold in the match and only excellent tackling from Chris Hill, Paul Berry and Dean Magnurson kept them out.

However, the pressure told and the visitors scored a converted try which they soon followed up with a second try after a kick and chase. Ventnor were struggling to get any attacks going at this point and they went further behind with a close-in penalty so they finished the half 3 – 17 down.

Whatever was said in the changing room had an effect and Ventnor went straight back on the offensive. Adam Pratt, Jones and Dan Noyes powered an attacking scrum and Sam Lines side-stepped his way to the line. Wheeler converted and Ventnor were back in the game.

Disappointingly, however, the home team could not keep up the pressure and Chichester scored their third try despite great covering from Dominic Marsh and Justinas Urbonas. With Todd Riches, Ian Lane and Alex Enache now on, Ventnor came back once more and Lines scored his second try after a scorching run from the halfway line.

Now within seven points, Ventnor needed to hold out for the losing bonus point but even that was snatched from them as Chichester kicked a penalty with the last act of the match.