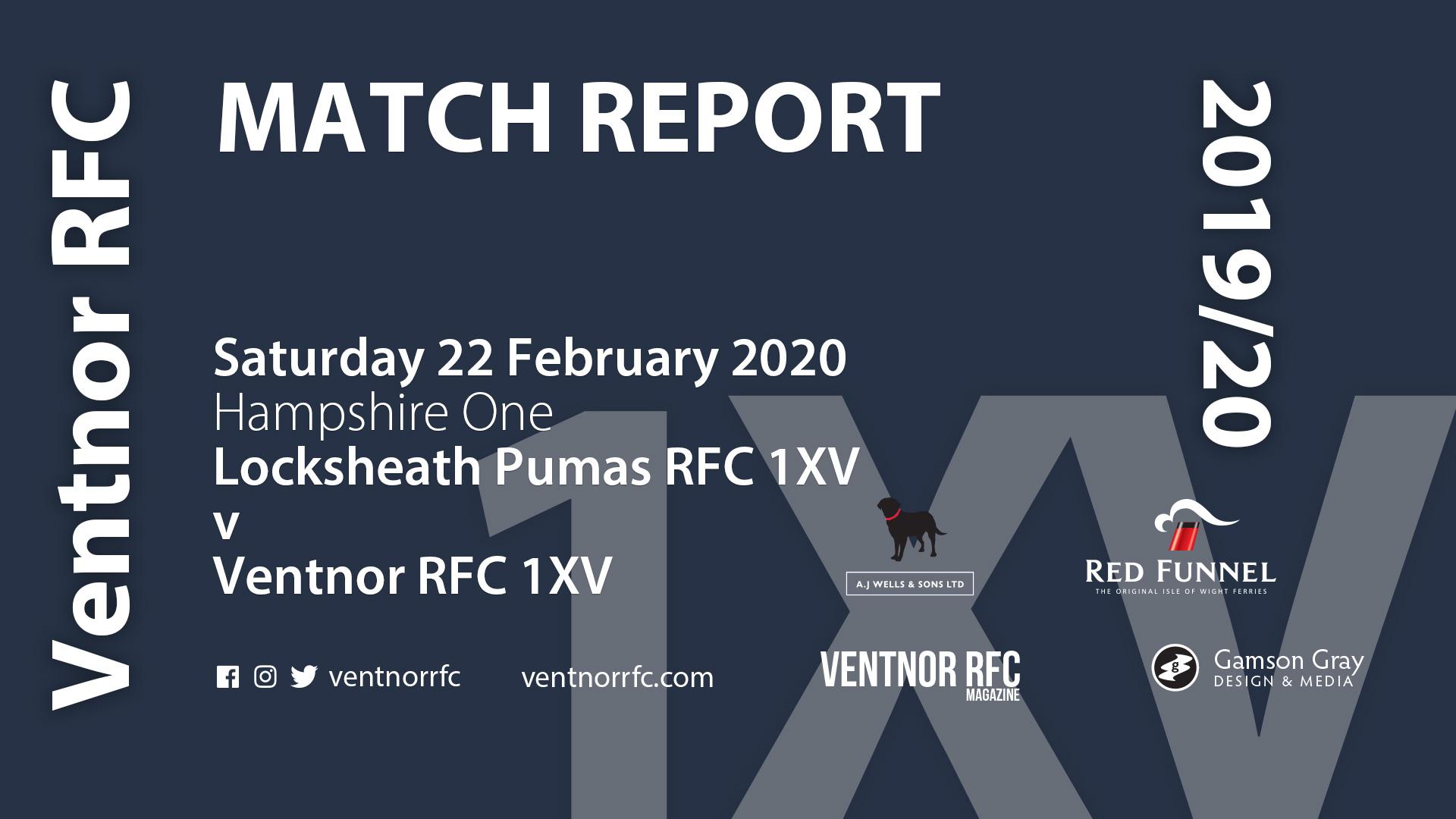 When Locksheath scored within a couple of minutes of the kick-off, there was concern that this could be a long afternoon for Ventnor. But not a bit of it!

Playing with the wind, the islanders were on terrific form, taking the game to the league leaders in concerted phases in which the support play of Ben Savill and Harry Colson was exceptional.

Dean Magnurson and Tristan Price were managing to slow any Pumas attacking ball and the returning James Green was providing his considerable power in the loose.

Ed Blake missed an early penalty but a burst by skipper Lewis Jones, led to great forward drives by Colson, George Finan and Blake. The ruck was won and Louis Malkin fed Calvin Edwards whose short pass allowed Ian Lane to force his way over despite the attention of three defenders. Blake converted and Ventnor reached halftime 7 – 5 to the good.

With the wind behind them, the Pumas started the second half strongly and only an exceptional tackle by the evergreen Warren Riches prevented a score after a kick chase. However the subsequent scrum led to a push-over score (despite the suspicion of a knock-on) and the home team were again in the lead.

Ventnor came back strongly when the dynamic Chris Hill picked up at the back of a scrum on halfway.  The ball went wide, Blake brought it back against the grain, Finan straightened the line and, from the ruck, Malkin spotted a gap and shot through, stepped the full back and touched down. A brilliant try.

Riches converted and Ventnor were in the lead. Playing all the rugby, inspired by the relentless energy of Andy Teague, Ventnor almost scored again when Jones burst through and was stopped a yard short.

At the other end, Jake Babington pulled off a try-saving tackle but, soon afterwards, the Pumas caught a break when the ball went loose and their flanker chased a kick-ahead and touched down to retake the lead.

Noyes came on for Lane but Ventnor’s lack of further replacements probably decided the match as injuries took their toll and the Pumas scored in the last movement of the game to rob the islanders of a hugely-deserved bonus point. 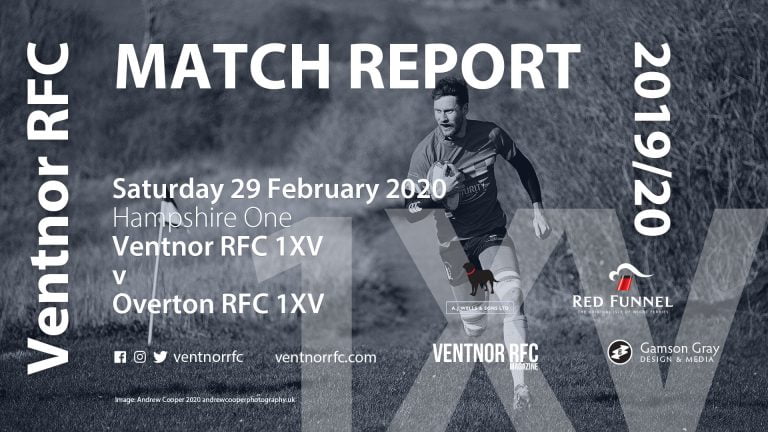 Two words sum up the feeling at the end of this game, but as one of them is unprintable, we will have to resort to just one: FRUSTRATING! After another game in which they played all the rugby, Ventnor just failed to beat a strong and organised Overton side who arrived with a massive front… 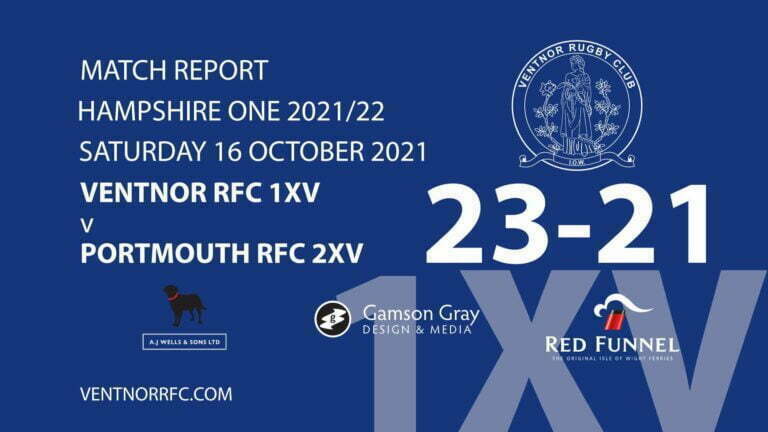 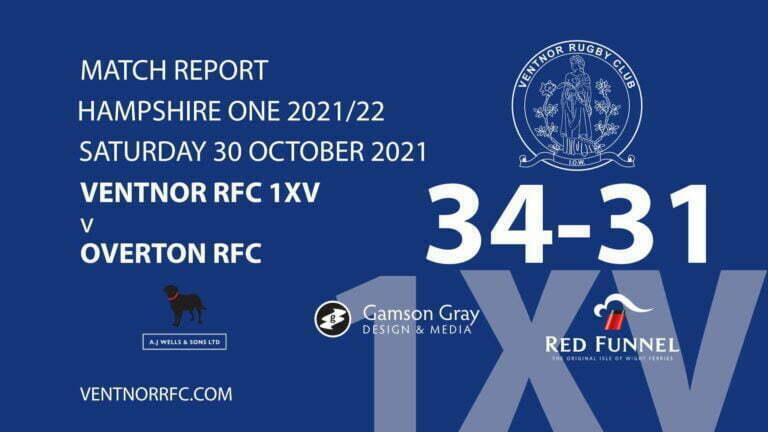 Ventnor RFC 1XV 34-31 Overton RFC Saturday 30 October 2021 Despite several injuries, Ventnor were still able to field a strong team to play the traditionally combative Overton side. James Morley and Todd Riches returned to the starting fifteen and both had cracking games. As is becoming the norm, Adam Pratt, skipper Lewis Jones and…

As the season nears the end Ventnor face a race for promotion and also are in the running for being champions of the league. With this in mind, this away game to Aldershot and Fleet became even more significant as Ventnor looked to gain a bonus point victory. The first half of the game was… 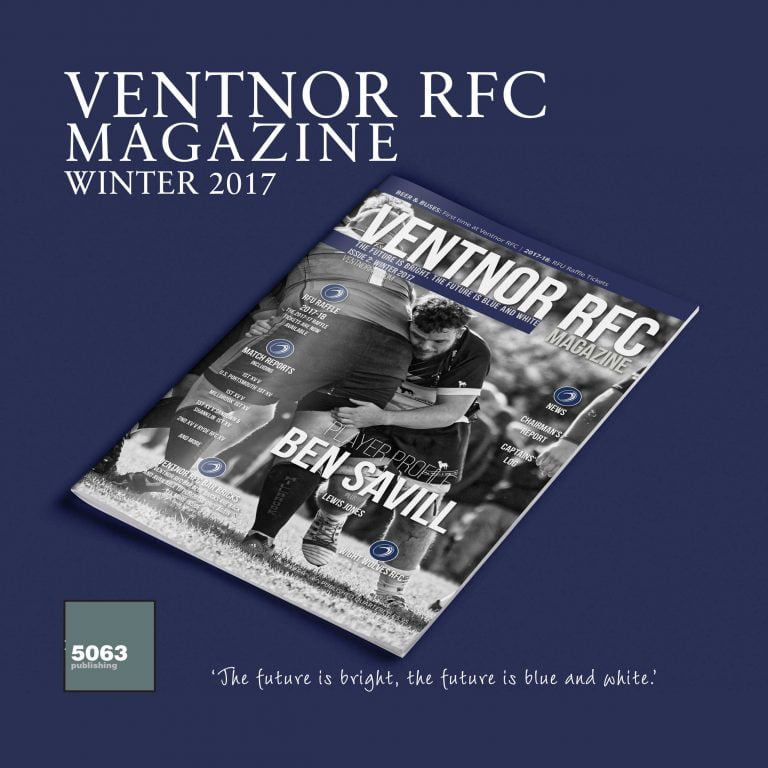