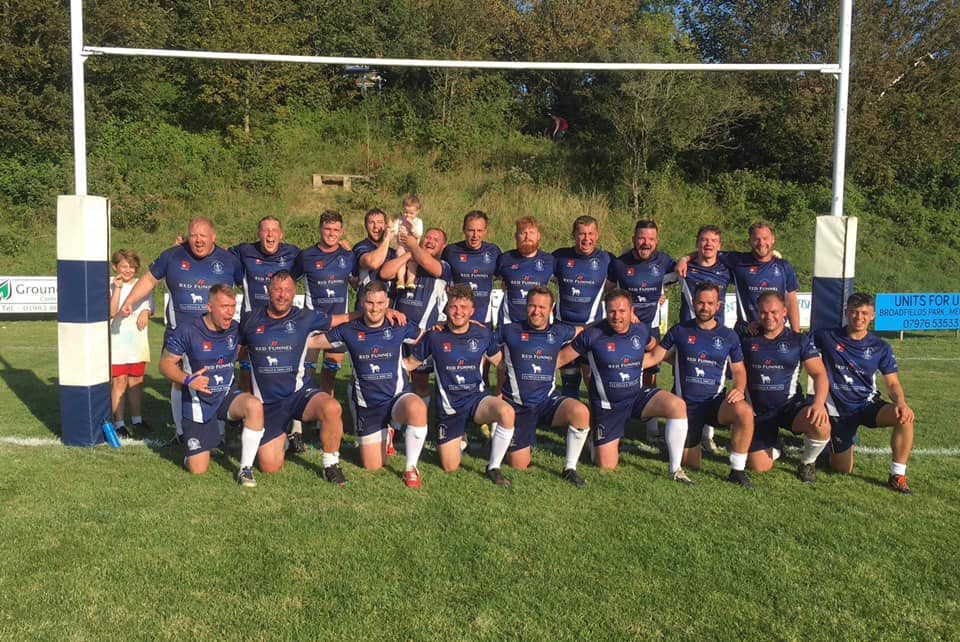 With the sun shining on two stacked squads, you could tell it was going to be a great day for rugby no matter the outcome. It has been 18 months since both teams have played a league game. And what an opener it was!

There was a great atmosphere at Watcombe Bottom with a large crowd of supporters following both clubs.

Before the game a minute silence was held to mark the losses of both clubs since the pandemic began, with the Isle of Wight presenting Ventnor with a signed shirt in honor of Mike Walker and a £1,000 donation to Mike’s Family to the pot.

Right from the start Ventnor RFC 1XV came out all guns blazing with sheer tenacity.

But Isle of Wight RFC held firm, but with a string of penalties, Ventnor were able to go into the lead with on form kicker Tom Crews slotting a penalty taking it to 3-0. With these early points, Ventnor took the momentum and Andrew Teague scored right under the posts, after some lovely phases play from Ventnor forwards linking up the hungry backs.

Scrum-half Louis Malkin saw the gap and sent Teague in at pace for the score with Crews converting 10-0. The Isle of Wight were trying to hold firm under the barrage of attacks. Trying valiantly to get some points on the board before half time, but they did not succeed, and Ventnor went into the break in the lead.

The second half saw a back and forth try scoring battle.

Ventnor carried on with the dominant display to start with a further try from centre Sam Lines and conversion by Crews quickly followed by a penalty also from Crews making it 20-0 and the Ventnor crowd getting louder and louder. Isle of Wight came back with a couple of quick succession well worked try’s and conversion making it 20 – 14 after the Ventnor team had relaxed a little too early.

But soon the foot was back on the gas and Lines crossed again for his second try and Crews with another lovely kick making it 27-14. 2 Minutes later the ball crossed the try line again this time with Paul Berry doing the grounding 32-14.

The Isle of Wight never stopped working hard all up the pitch, their efforts paid off in dividends with the final score being 32-26.

They knew what they had to do, and every single squad member smashed it what a great team effort on and off the pitch by all.”