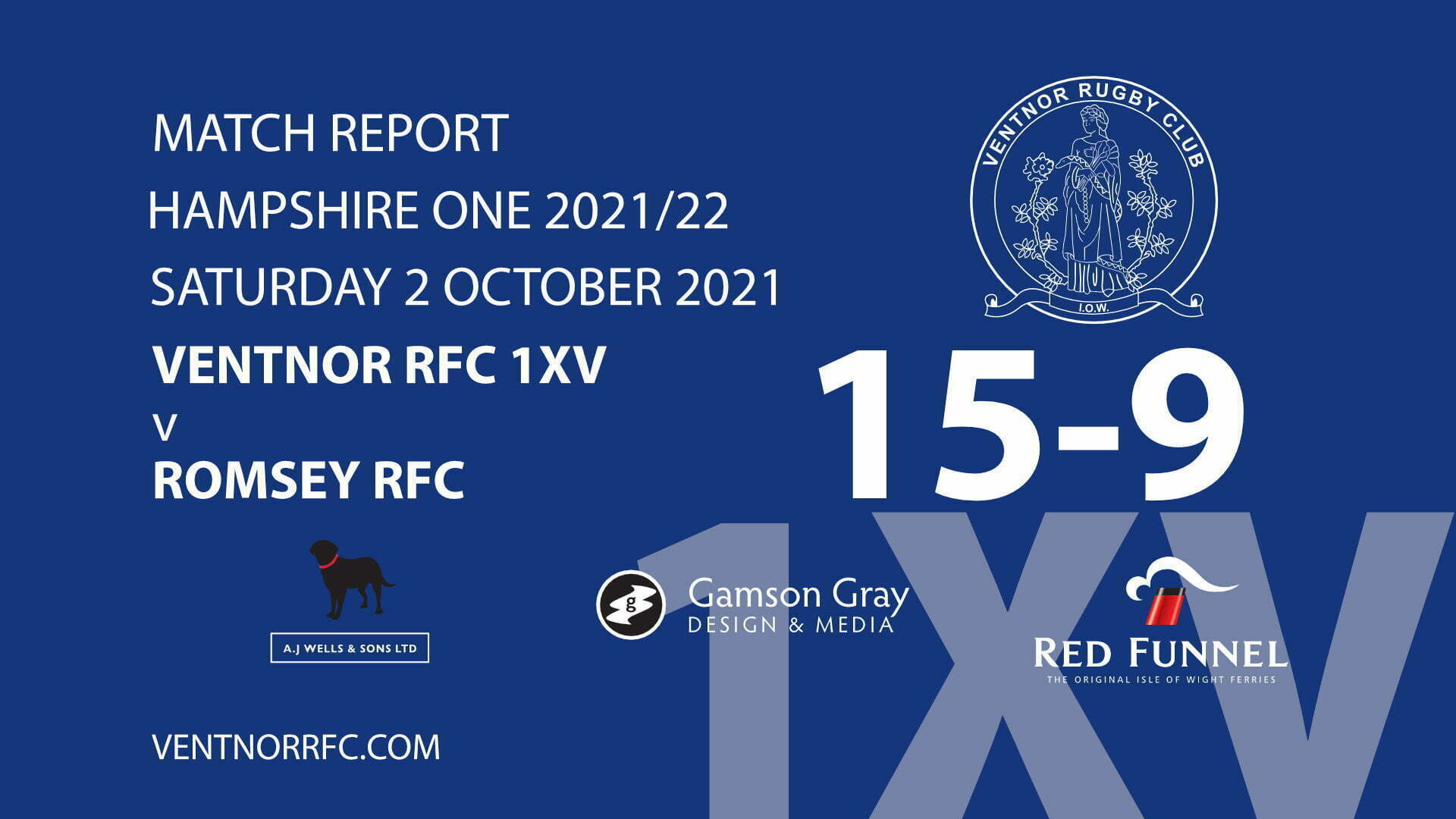 Considering the appalling conditions in which it was played, this game was a nail-biter with both teams showing huge enterprise, commitment and skill thus offering the vociferous – and very wet crowd – great entertainment.

Things started badly for Ventnor with inaccuracies in almost all departments of the game compounding a number of careless penalties that had the referee talking to skipper Lewis Jones before twenty minutes had passed.

The ambition of the home side did not suit the weather and, although Luke Butler had another assured game at flyhalf, his outside backs mishandled several times and a number of chances went begging.

Meanwhile, Romsey RFC were excellent, playing a limited game with real intent and using Ventnor’s infringements to gain territory. Their outstanding full-back then kicked the penalties and before long Ventnor were nine points down and looking pretty shaky.

Then, to make matters worse, the ubiquitous Chris Hill was yellow-carded for not withdrawing ten meters at yet another penalty and it began to appear really bleak.

One bright spot was offered by Dan Bell who linked with a juggling Calvin Edwards who put George Finan away down the right. The pugnacious winger got to within five meters of the line before being hauled down but – yet again – a penalty eased the pressure on the visitors.
HT: 0-9

Whatever was said by Ventnor’s coaches at half-time did the trick because Ventnor came out transformed and immediately began to stamp their authority on the game. Finan – still working his way back after injury – came off to be replaced by Joel Walton.

Meanwhile, Ben Savill, Jones and Harrison Marsh were magnificent in the front row and the scrum started to dominate their opposition. The A.J. Wells man of the match, Dan Bell was mixing up the game at number eight, driving off the back or holding the ball in to contain the fringe defence.

From one of his drives close to the line, Edwards was able to sweep up the ball and dive over. Ventnor were now on the front foot and skipper Jones was making the most of the opportunities to grind the opposition down.

Butler was raking shallow, skidding kicks and Jake Babington, Walton and Sam Lines were putting the wide defence under real pressure. A stampede through the midfield led by Marsh, Matthew Fletcher and Andy Teague provided space out wide and Louis Malkin was able to give room for his backs to put Ed Blake in at the corner.  Ventnor were leading!

Savill was replaced by the ever-reliable Adam Pratt and Ventnor’s scrummaging advantage was maintained. Romsey were never out of the game but their kicking was less profitable since Tom Crews was assured at fullback, fielding ball despite the constant wind, mist and rain before returning it with interest.

With ten minutes to go, Ventnor struck again when Lines and Walton put Ed Blake in for his second try and, despite constant pressure from Romsey – in which Blake was yellow carded for off side – Ventnor held firm for an excellent come-back win.

This was an immensely positive performance by Ventnor who demonstrated that they can think on their feet and rectify mistakes in their game.  Great credit must go to skipper Lewis Jones whose decision-making was excellent throughout and whose light touch kept communication going with a referee who, at times, was pretty unhappy with the indiscipline of the home team.

The A.J.Wells Man of the Match:  Dan Bell

The next fixture is Saturday 16 October 2021, where Ventnor RFC 1XV are due to host Portsmouth RFC 2XV with kick-off at 3pm at Watcombe Bottom.