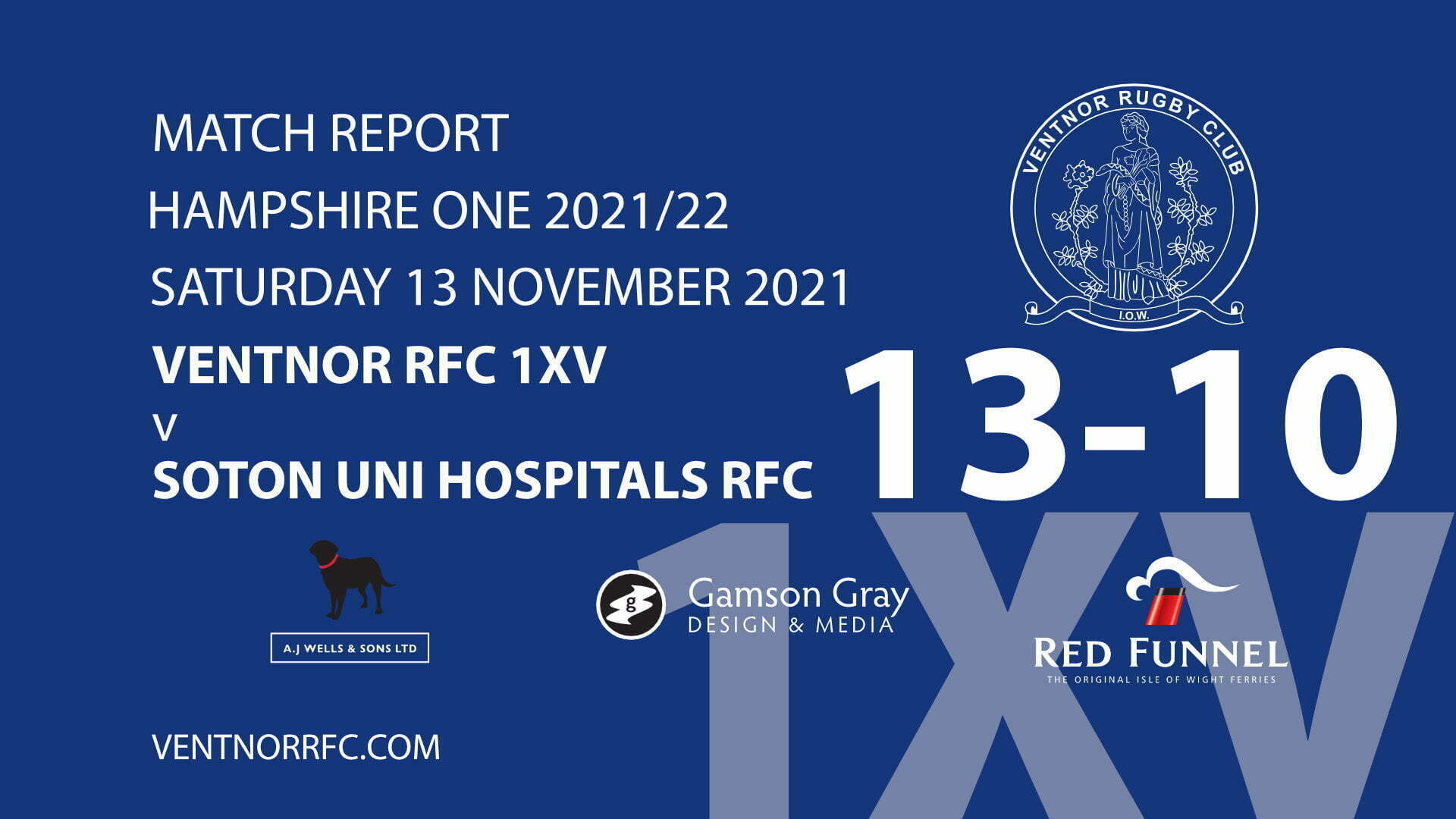 This was another typically nail-biting match for Ventnor whose dominance in the set piece was nullified by small errors and a damaging penalty count.

The game started promisingly for Ventnor with an excellent 50 – 22 kick from Sam Lines putting them in a position from which the reliable Tom Crews slotted a penalty.

This was followed by a powerful scrummage in which the Ventnor front row of Ben Savill, Lewis Jones and Adam Pratt marmalised their opposition and Crews struck a second penalty.

However, there were signs – once again – that Ventnor were getting on the wrong side of the referee and the excellent James Morley was yellow-carded for a ‘seat-belt’ tackle.

Undaunted, Ventnor kept attacking and from another dominant set piece, scrum-half Louis Malkin made a scything break which was only stopped by foul play.

The penalty was quickly taken and the powerful Paul Berry streaked over for a try which Crews converted.

At half-time it was 13 nil to Ventnor.

As the second half commenced, it was still Ventnor on top and they were unlucky when a brilliant move down the left involving Jake Babington and Max Wheeler was thwarted when Lines knocked on in the act of scoring.

Then Savill was yellow carded and Southampton came back strongly scoring two excellent tries through their right-wing to bring the score to 13 – 10.

The visitors were typically fast, fit and athletic throughout and only a brilliant defensive performance from Ventnor’s back row of Calvin Edwards, Joe Coghlan and Chris Hill kept them at bay as the game progressed.

Joel Walton – in an unaccustomed position in the second row – was also prominent in his covering and one siege of their line was only lifted after a massive defensive set by Ventnor which ensured that their unbeaten home record was maintained.

Ventnor now lie just one point off the top of Hampshire League Division One.

The A.J.Wells Man of the Match: Joel Walton

The Red Funnel Moment of the Match: Paul Berry

Ventnor RFC would like to thank their match sponsors, namely: