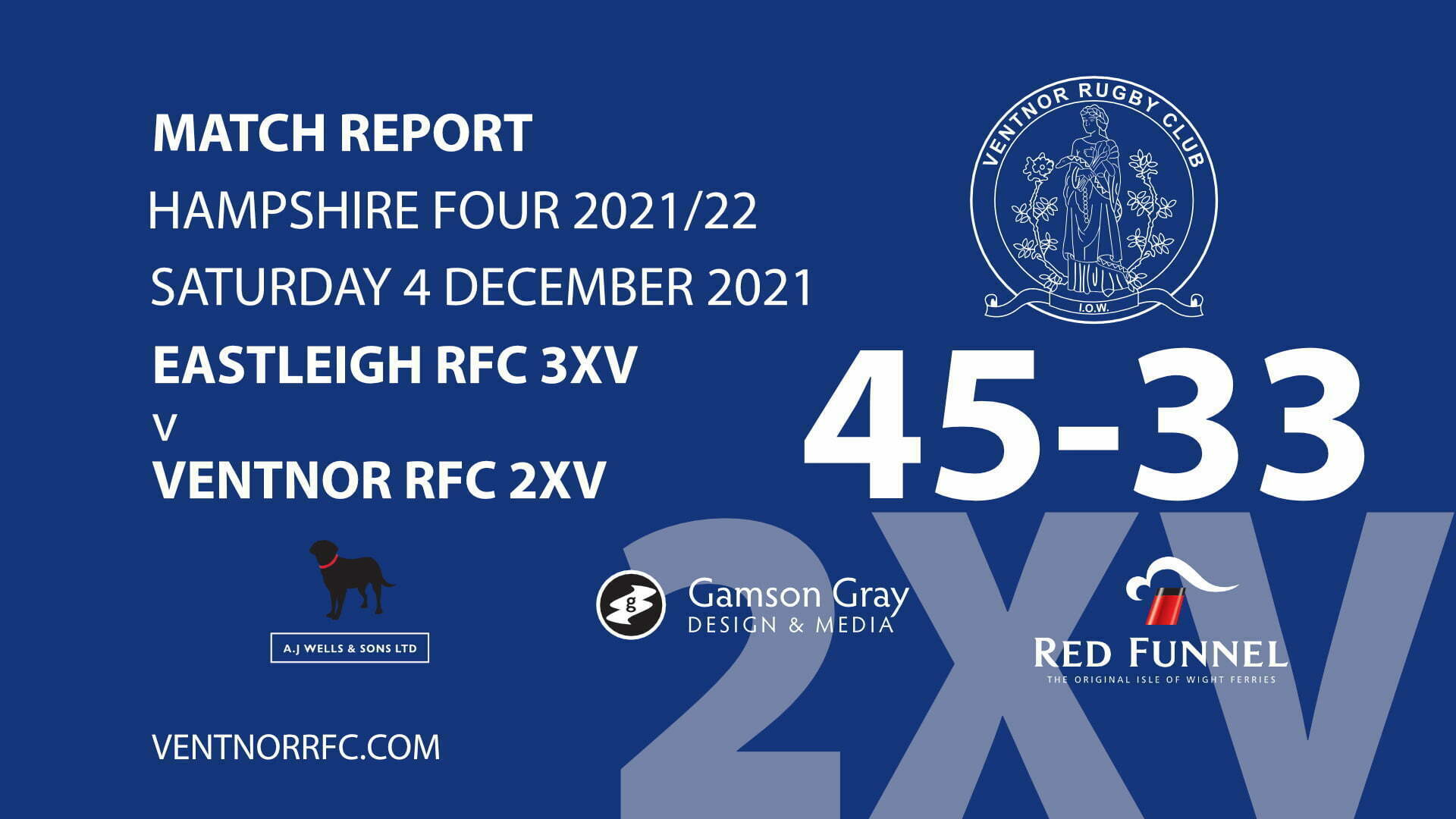 The small matter of only fielding 11 players didn’t stop captain Dean Magnurson leading his intrepid 2nd team to Eastleigh. An exceedingly busy Red Jet service meant Ventnor arrived with little time but to change and get on the pitch.

Eastleigh RFC loaned two props and a winger so the game began at 13 players a side.

Ventnor began well, with the pack consisting of Will Harrison, Andy Teague, James Blake, capt. Dean Magnurson and the two borrowed players securing good scrummage and lineout ball with Joe Coghlan coming in from the backs as jumper.

Quick service from scrum-half Thomas Crews gave fly-half Ed Blake opportunities to get the ball away and quick hands from centres Oscar Fitzgerald and Joel Walton gave the on-loan winger space to round his opposite number and score the opening try, and Fitzgerald’s conversion meant Ventnor were up and running.

Another break on the opposite wing and Joe Coghlan, in support, went over for the next try, again converted by Fitzgerald. Ventnor lost Will Harrison through injury and brought Alan Foxie in to hook, but this didn’t stop their attack and fly half Ed Blake seized two tries through individual breaks using his speed (and boots borrowed from one of the coaching team).

This galvanised Eastleigh to bring on extra players and with Ventnor losing Foxie for a while to injury, at one time they were playing with 12 against Eastleigh’s 15.

Eastleigh began to use their forwards to greater effect and a number of carry and drives opened up the inevitable gaps and kept their scoreboard rising at regular intervals to turn the game around.

Despite some dogged defence, the extra men were always going to give Eastleigh the advantage and despite a second-half consolation try from an on-loan player, Ventnor went down 45-33

The A J Wells Man of the Match: Joe Coghlan-for his try and lineout work

The Red Funnel Moment of the Match:  James Blake – narrowly escaped a yellow card after knocking the ball from the scrum half’s hands not realising a penalty had been called.

Meanwhile Ventnor RFC 1XV are due to play away against Gosport and Fareham RFC 2XV on Saturday 11 December 2021.