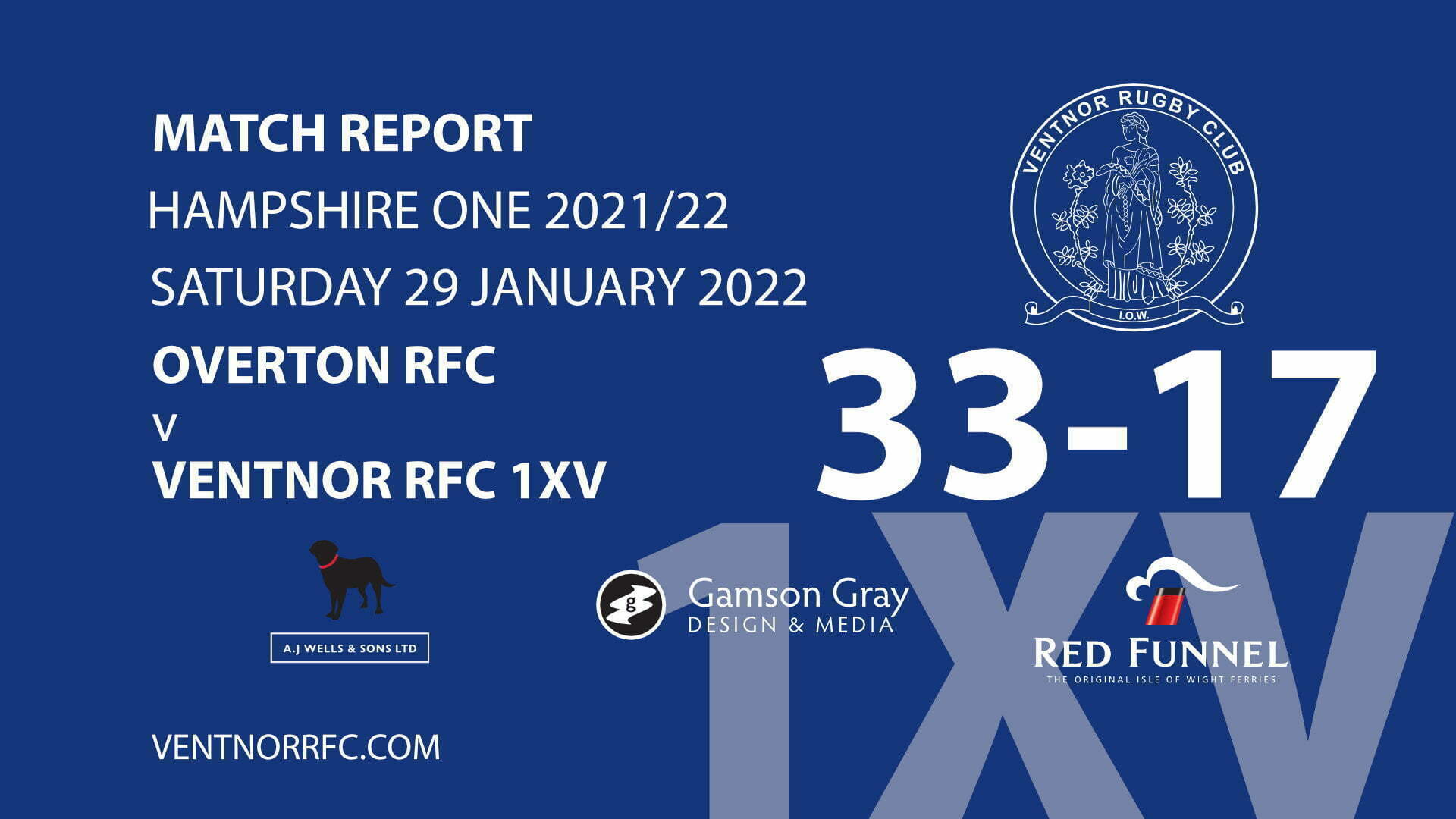 Due to a few last-minute withdrawals due to Covid and work, Ventnor travelled to Overton RFC with fourteen players that required several of them to play out of position. This included a front row that was made up of Jac Stemmet – coming out of 1st XV retirement – Chris Hill at hooker and Andy Teague at tighthead.

Therefore it was to Ventnor’s credit that they held their own in the set piece with Harvey Wheeler, on his first-team debut…

Therefore it was to Ventnor’s credit that they held their own in the set piece with Harvey Wheeler, on his first-team debut, doing an excellent job of cleaning up ball at number 8 and making ground whenever he picked up.

Overton began strongly and Ventnor struggled to hold the strong forward drives but determined tackling from Lewis Morton, Ryan Cooper and Joe Coghlan kept them at bay until a break out from Cooper set up a position from which Luke Butler’s sumptuous long pass put Ed Blake in for a try.

However, Ventnor’s lead didn’t last for long as a lack of control and some rare weak tackling allowed Overton in for three tries. Ventnor’s plan was to spread the ball wide to move Overton’s big forward pack around the pitch.

With Butler mixing up play, skipper Sam Lines began to make ground and provide opportunities for the electric running of Louis Wyatt so that a position was set up and great work by Teague allowed Hill to fight his way over just before halftime and bring the score back to 21-10.

Now with the strong wind at their backs, Ventnor began the second half strongly and camped on Overton’s line for a siege in which Cooper and Joel Walton came close to touching down but it came to nought as an Overton break out led to a try to the home team to extend their lead.

The commitment of Ventnor’s fourteen men was memorable but with Overton making the changes the home team scored again from a typical forward drive before the Islanders hit back with an excellent move that allowed Louis Malkin and Wyatt to put Tom Crews in for a late try wide out – his first for the 1st XV. Crews celebrated it by slotting an excellent conversion to bring the final score to 33 – 17.

The A J Wells Man of the Match: Andy Teague and Jac Stemmet

The Red Funnel Moment of the Match: The whole team

Ventnor RFC 1XV remain seventh in the Hampshire One Table 2021/22 season, with 32 points after playing 15 games this season.

Ventnor RFC 1XV have no game on 5th February 2022, with their next game at home against Tottonians RFC 2XV on Saturday 12 February 2022.