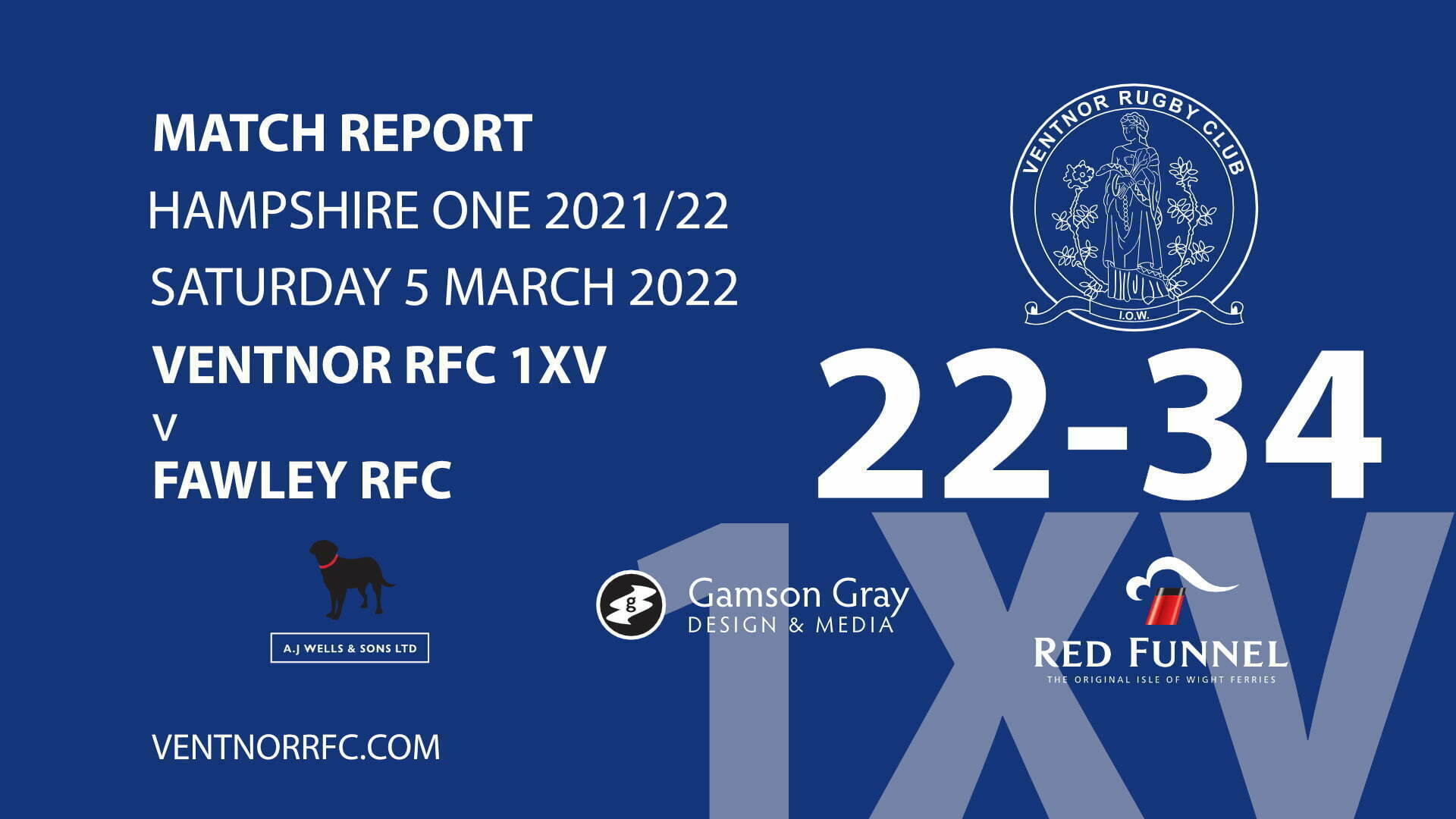 Ventnor lost this match in the first fifteen minutes when a well organised Fawley RFC scored three converted tries to take a 0 – 21 lead. Things looked grim for the home side but this all changed when Jake Babington fielded a ball in his own twenty-two and slalomed his way through the defence and sent out the perfect pass to Sam Lines to score. This seemed to galvanise the home team and from then on it was a much more even contest with lots to admire from both sides.

Once again Ventnor’s scrum was performing well with Ben Savill and Adam Pratt putting Fawley’s feed under pressure and even winning a rarely-awarded penalty in the second half. In addition Lewis Jones was hitting his jumper Joe Coghlan with pin-point accuracy and, as ever, Dan Bell was making storming in-roads into the opposition defence with the rapid support of Chris Hill, Coghlan and Joel Walton in particular.

However, the heavy Fawley forwards could make progress through the rucks and scored a fourth try just before half-time to turn round 5 – 26 to the good.

The second half started strongly for Ventnor when Andy Teague made a powerful run up the middle and Babington fought his way over the line on the left wing after excellent work by Louis Malkin and Jones.

Tom Crews slotted an impressive conversion. Crews followed this up with a penalty after a turnover by Walton and the home team were back in the game at 15 – 26.

Luke Butler was asking questions of the Fawley defence but a break out by the visitors resulted in a try that put the game beyond Ventnor.

Never a team to give up, Ventnor struck back with when Hill forced his way over after another storming run by Bell but Fawley had the final word with a penalty after a crunching tackle by Max Wheeler was harshly penalised.

Ventnor RFC 1XV now lie ninth in the Hampshire One league table, 28 points, second from bottom of the league after 16 games; with Isle of Wight RFC just above them in 8th, with 34 points, but they have one game in-hand.

The A J Wells Man of the Match: Joe Coghlan

The Red Funnel Moment of the Match: Jake Babington

Meanwhile, Ventnor RFC 2XV away game to New Milton and District RFC 3XV in the Hampshire League Division four fixture, was an HWO.

Ventnor RFC have three further fixtures after next Saturday, in the Hampshire Four League 2021-22 season: