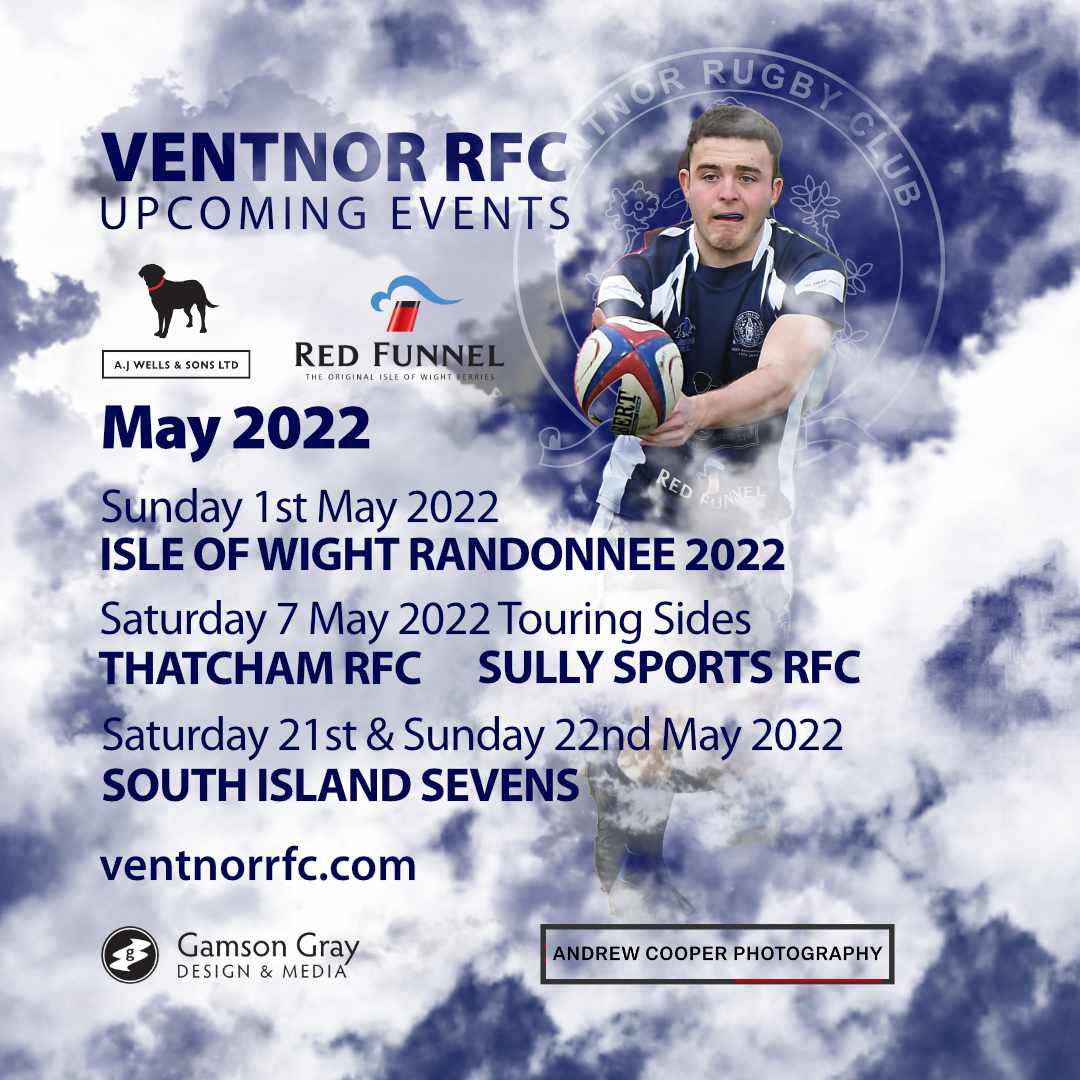 Upcoming Events for your diary at Ventnor Rugby Club May 2022

We have new on some upcoming events at Ventnor RFC for your diary:

Watcombe Bottom is one of the official stopping points so a group of willing volunteers led by Roly Toombs will be preparing and serving food and refreshments for around two thousand cyclists.

Thatcham RFC will be arriving in a mix of sailor and mermaid gear whilst Sully Sports RFC will be decked out in an Hawaiian theme . . .

They should be arriving at about 1:30pm so please come along.

We will have two pitches available since the football pitch has been converted for rugby with new posts etc so there’ll be plenty to watch – although the post-match stuff will probably be more memorable!

Ventnor will be represented by a mix of old and new players and the rugby will be suitably gentle so if anyone wants to get involved, get in touch with me and I’ll pass it on.

Ventnor Rugby Club hosted an event for junior rugby which was attended by mainland teams from Wanstead RFC, Henley RFC, Bracknell RFC and Beccehamians RFC with age groups ranging from under sevens to under twelves. Using all three pitches at the Watcombe Bottom facility, matches were played in great spirit with some great talent on view.

After the event, Ed Blake, Ventnor RFC’s chairman stated, “I would like to thank all the kids and parents who attended the event and to the volunteers from our club and from Rew Valley Youth Football who made it all possible. We hope that we will be able to expand this further in future years”.

The clubs are annual/regular visitors to the Isle of Wight and were utilising their accommodation which had been suspended due to the pandemic. Their travel arrangements were arranged by Sports Travel SW who have been sending clubs across the Solent for over 20 years.

This was a huge success with all three pitches at Watcombe used and displaying some great rugby – and lots of noise!

A special thanks to the volunteers from Rew Valley Youth Football who helped on the day.

Watcombe never looked better due to the enormous effort put in by James Blake and a team of volunteers who turned out for a work day a couple of weeks ago.

The event organisers have already booked for next year and there’s a good chance of further such events to come.

Finally, we are now just a few weeks away from the South Island Sevens international tournament which takes place over the weekend of 21st and 22nd May. This is by far the biggest event which VRFC has ever hosted and promises to be massive. If you haven’t got your tickets yet, hurry up.