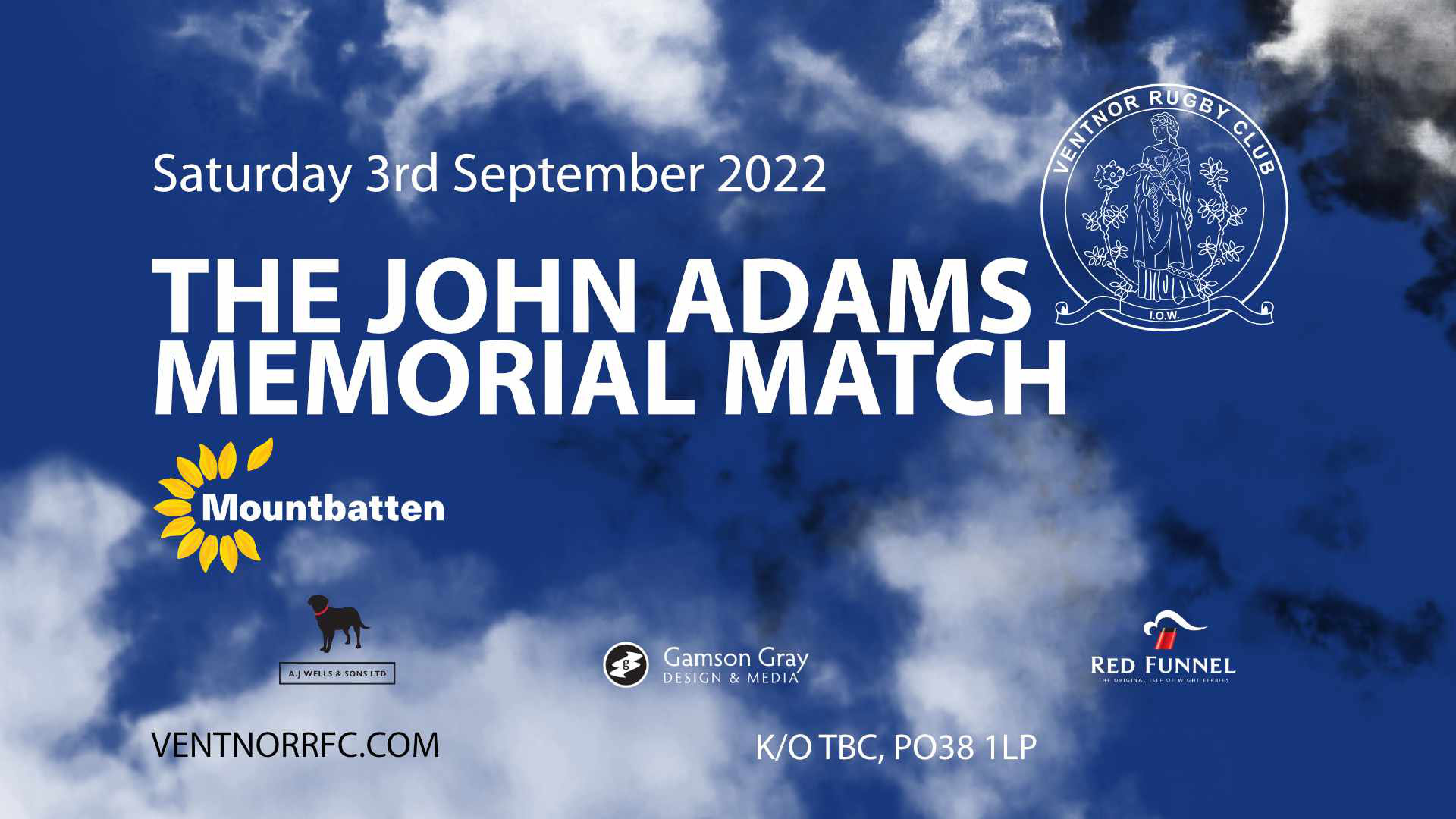 James Blake, Ventnor RFC 2nd XV captain, is putting together his squad for The John Adams Memorial Match which will take place on Saturday 3rd September 2022 at Watcombe Bottom.

The opposition will be a of combination players from Hurricanes (Sandown and Shanklin RFC), Isle of Wight RFC and Isle of Wight clubs.

There will be an early kick off for this game as Ventnor’s 1st XV have their first league game against the Havant 3rd XV afterwards which will kick off at 3pm.

If you’re interested in being involved in The John Adams Memorial game, let James Blake know via the Club Secretary James Morton.

On Saturday 3rd September 2022 there will be a rugby match at Watcombe Bottom in memory of John Adams.

As I am sure you all know, John was a legendary servant to Ventnor RFC – witness his name scattered across our honours board in almost all of the positions within the club – and his recruiting of younger players made a definitive difference to the club in the early eighties.

The event will be held in support of the Mountbatten Hospice which cared for John so wonderfully in his last days back in October 2020.

There will be various fund-raising shenanigans including a mini-auction and a raffle etc..

John’s widow, Jeannette, will present the winner’s award, the John Adams Memorial Trophy which is being kindly donated by Steve Camm – one of John’s many partners in crime back in the eighties. John’s family will also be present including his son George – himself an erstwhile player for Ventnor RFC – and his daughter Lois.

Let’s make this a day of celebration to remember a great man and a great servant of Ventnor Rugby Club.

It will be great day with lots going on all afternoon to remember a great servant to Ventnor RFC and to raise as much money as we can for the Mountbatten Hospice.