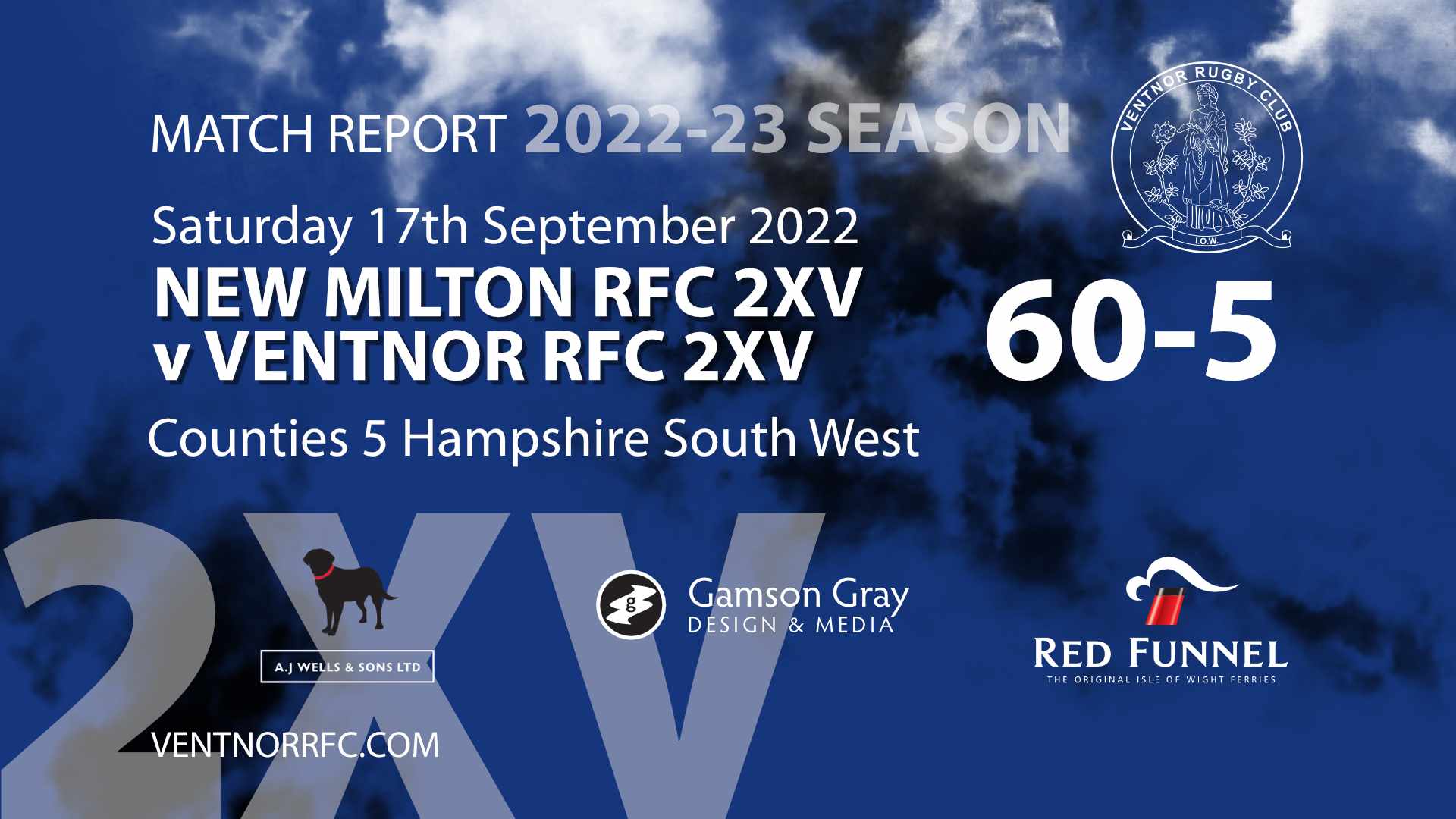 fter their game at Fordingbridge RFC was called off due to the opposition not being able to raise a full team, Ventnor RFC 2nds travelled to New Milton and District RFC to play a hastily rearranged Hampshire Counties 5 South West league match.

With a couple of Fordingbridge RFC players joining his side, Ventnor RFC 2XV arrived in good spirits and enjoyed a fast-paced game against a youthful New Milton squad who ran in a decent tally of tries and won the game comfortably.

However, the score line doesn’t tell the full story as the Ventnor pack were on top at the set piece with the front row of Jack Rushton, Fred Fairman and Gary Ball playing outstandingly while James Blake, Jason Coltham (on his league debut), Dean Magnurson and Charlie Magnurson played at their combative best winning almost every scrum.

Fergus Kenny – who had travelled as coach – ended up playing the full game and rolled back the years with his great defensive work whilst Gary Freeston, Ben Atkins and Harry Colson never took a backward step.

Ventnor were unlucky to lose the excellent Gareth Gough through injury (which also meant that they lost Tommy Engelgardt to attend to him), but the Islanders never stopped working and were rewarded with a superb try by Andy Addison.

After the game, skipper James Blake thanked Fordingbridge players Dan Peat and Frank Frankovich for joining the squad and praised the effort put in by his team which demonstrates much promise for the campaign ahead.