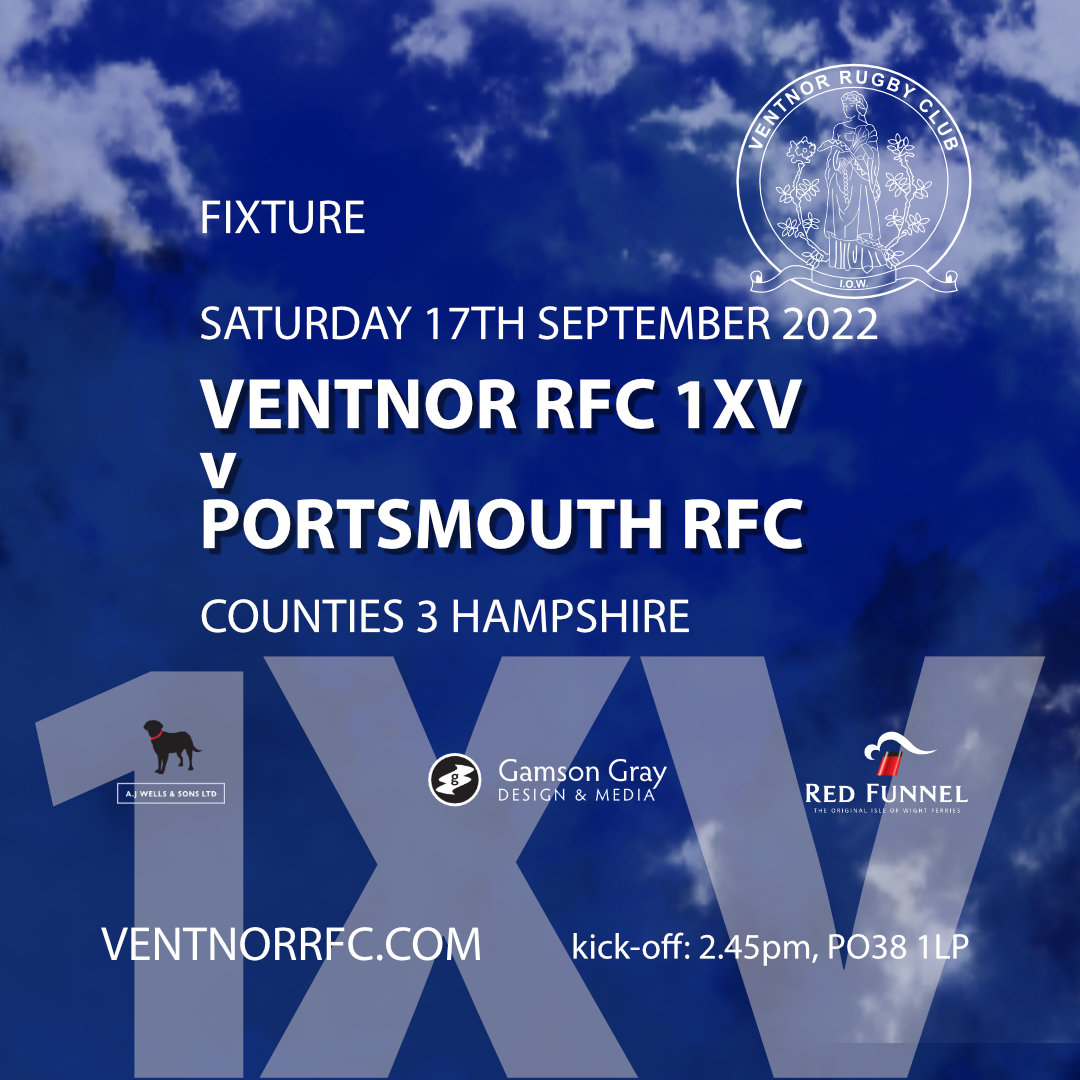 Rugby at Watcombe this Saturday 17 September 2022

Ventnor’s 1st XV play Portsmouth RFC 2nds at Watcombe this Saturday (17th Sept) in the Hampshire Counties 3 League. The kick off is at 3pm. Training has been going well under coaches Jason Evans, Fergus Kenny and Clive Cardwell-Hill and skipper Lewis Jones will field a strong side for this important match.

Ventnor RFC would like to thank our match sponsors for the day, namely: No 7 & Niton Post Office, Red Funnel Ferries, Steve Camm, The Smoking Lobster, The Blenheim, The Chequers Inn and The Kitchen at London House.

The bar will be open from 1:30. Please come along and support the team.

Meanwhile new Ventnor RFC 2nd XV skipper, James Blake, takes his team to New Milton and District RFC 2XV as Hampshire Counties League 5 SW kicks off this week. The team should have been travelling to Fordingbridge RFC, but they were unable to put together a team so Ventnor get the points in an Away Walkover (AWO).

New Milton and District RFC should have been playing Stoneham RFC, but it has just been announced that Stoneham have unfortunately folded, so a bit of nifty footwork by our chairman Ed Blake and fixture sec Zoe Jones has resulted in this rearrangement. If things go well, Ventnor 2nds COULD get two wins in one afternoon!!