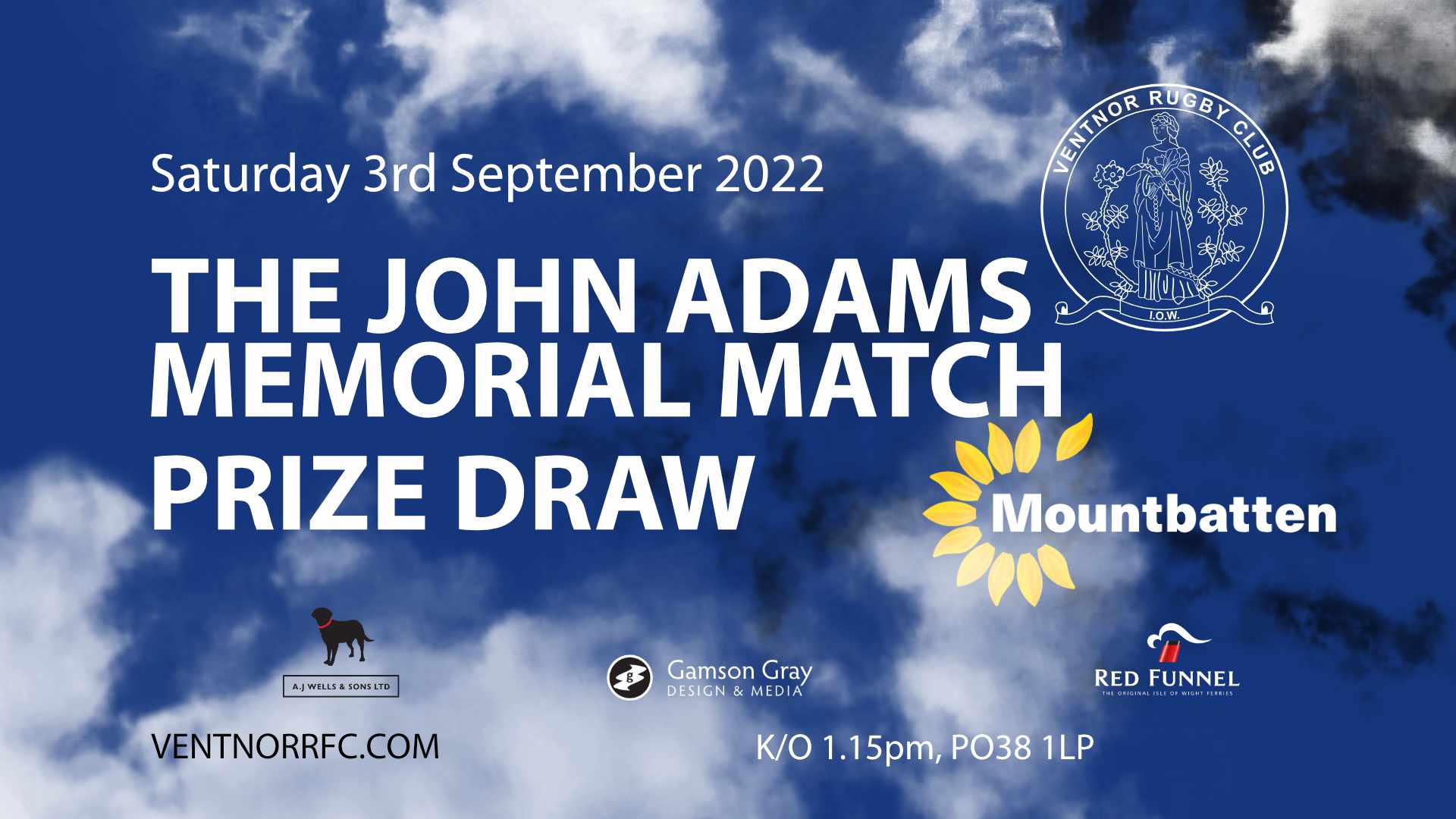 The Adams family – Jeanette, George, Diane, Lois and Andy – along with a number of Ventnor RFC sponsors have put together a mouth watering array of raffle prizes and auction lots for The John Adams Memorial Match on Saturday (3rd September) at Watcombe, which kicks off at 1:15pm.

Below are a brief selection of the items:-

Plus LOADS of booze and the Rev’s mandatory Mystery Prizes . . . .

A very rough schedule of the day is as follows:

The Ventnor Squad for the John Adams Memorial Match is as follows at present. Expect a few additions.

Don’t forget, BRING PLENTY OF CASH. All proceeds are going to The Earl Mountbatten Hospice who cared for John.

James Blake – Ventnor RFC 2XV captain will lead our team who will be resplendent in their new kit sponsored by Wight Shipyards (many thanks to Jack Rushton and the crew).