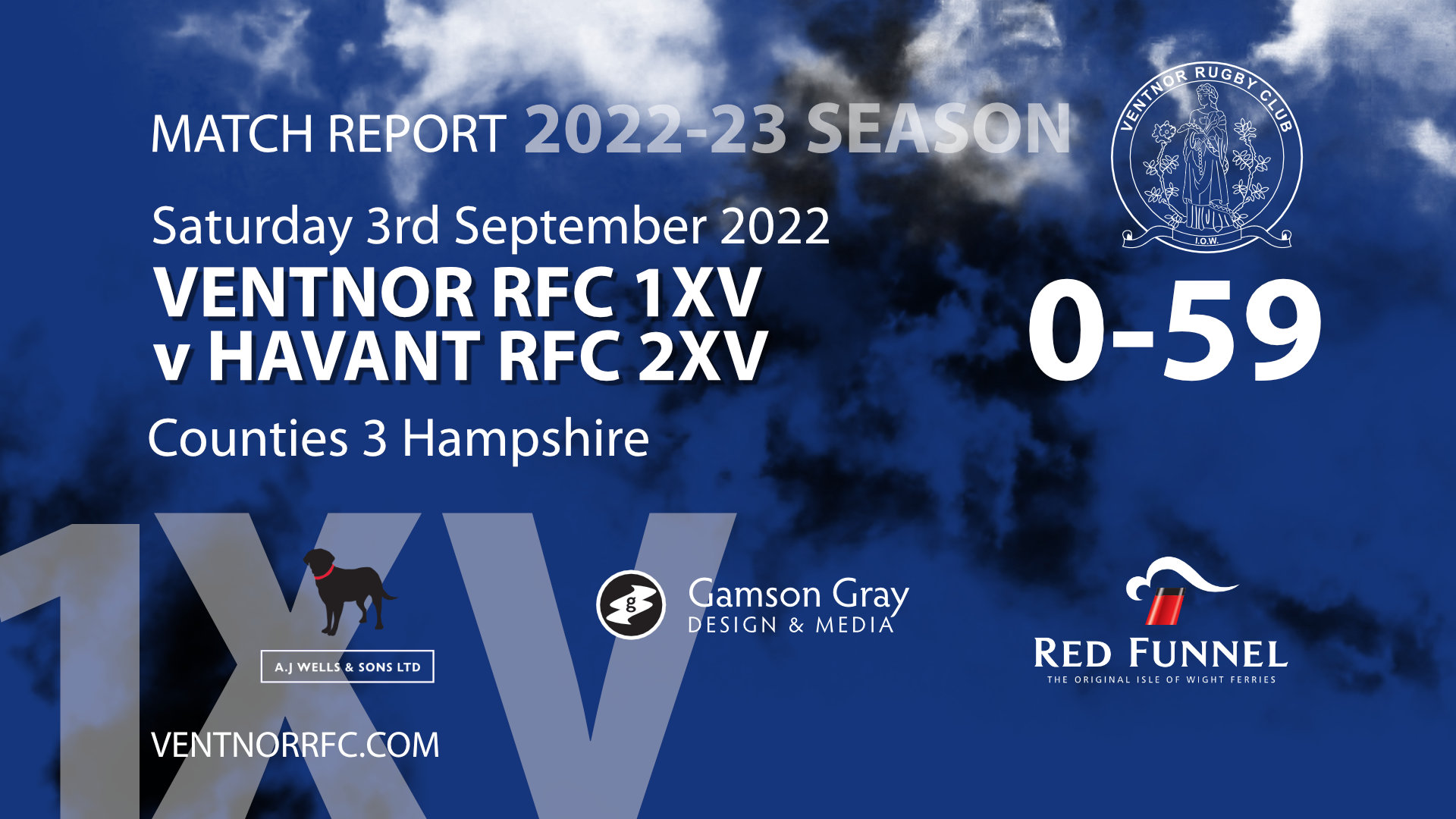 The Hants Counties 3 league game kicked off at 3pm in which a hard-working VentnorRFC 1XV suffered a comprehensive loss (0-59) against a Havant RFC 3rd XV brisling with players that had regularly and recently performed at a higher league.

There were some notable performances out there, none less than from Tristan Price and George Collett in Ventnor’s front row who more than held their own against the power of the opposition.

Finally, when many matches yesterday were being cancelled or postponed due the unplayable state of the pitches, the club would like to thank James Blake for the preparation of both the rugby and the football pitches.

Ventnor RFC would like to thank our match sponsors, namely:  The Bistro, The Crab Shed, The Mill Bay, The Sea Pot, St James’s Place Wealth Management, The Spyglass, The Two Cooks and The Volunteer.

After the first game of the 2022-23 season Ventnor RFC RFC 1XV are 11th in the Counties 3 Hampshire league table.

On the latter, Gary Gee’s Ventnor FC 1st team took a hard-fought 3-2 victory against Hyde Park to continue their winning start to the season.

Next week, Saturday 10 September 2022, Ventnor RFC 1XV are away to Overton RFC in the Counties 3 Hampshire League.