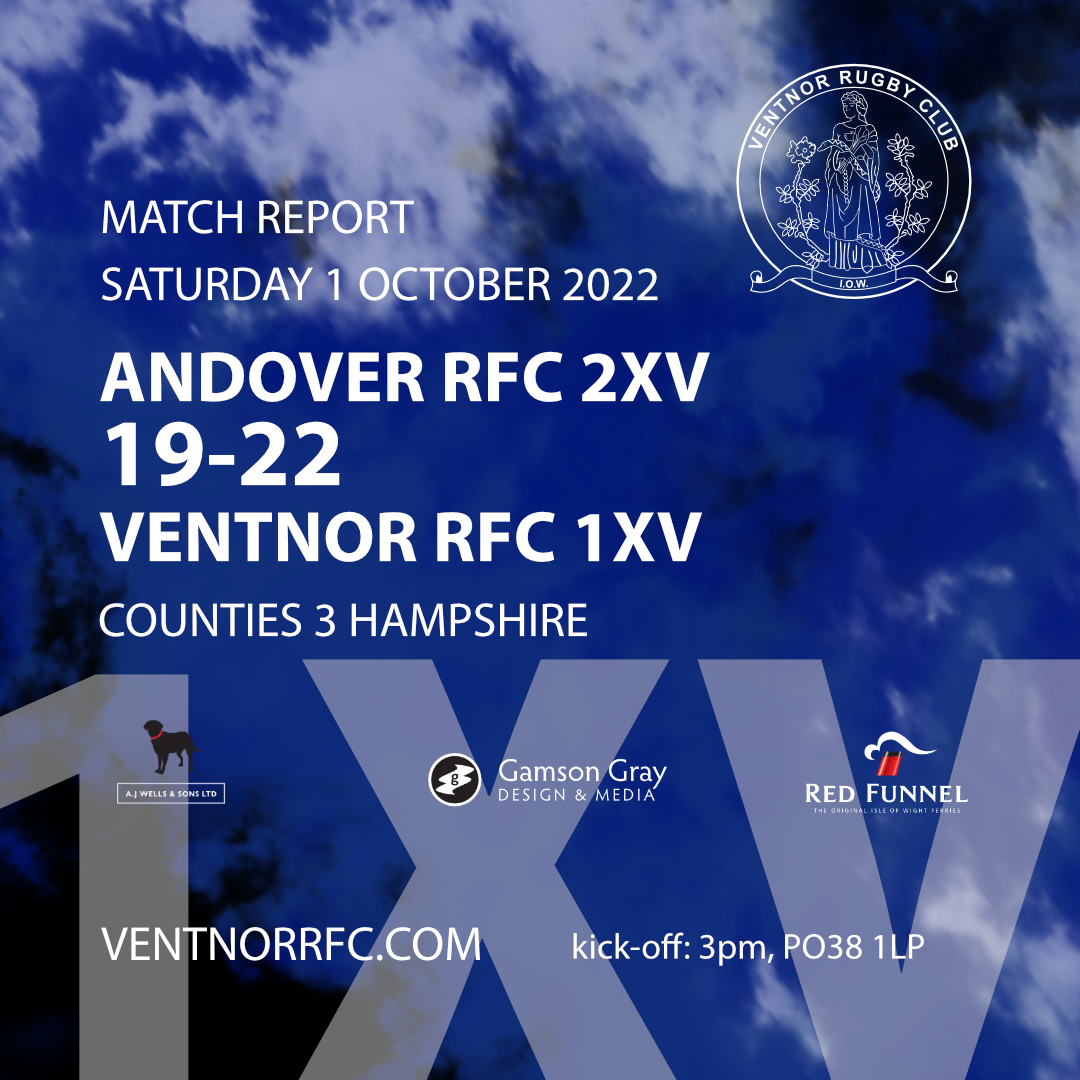 But great work at the restart by Lewy Morton inspired a period of pressure by the Islanders that featured some excellent running rugby where Todd Riches and Tom Crews – increasingly effective in his new role in the centre – were prominent combined with some powerful charges from Andy Addison and skipper Lewis Jones, playing at flanker.

The pressure paid off when, after George Collett got close, Dan Bell put scrum-half Ed Blake in for a try which Crews narrowly failed to convert. Charlie Magnurson came on when the ageless Tristan Price took a nasty cut and Ventnor had to reorganise which broke up their momentum which was exacerbated when Riches received a yellow card for a tackle by Jake Babington that was adjudged high. It is difficult to think of anyone less likely to be misidentified than Todd!

This mishap resulted in a period of pressure by the home team which was sensationally lifted by the anticipation of Sam Lines who intercepted a pass on his own line and somehow beat the opposition cover to run the length of the field and suddenly Ventnor were in the lead by 10 points to 7 as the referee blew the whistle for halftime.

However the second half started badly for Ventnor when a midfield move broke down and Andover scored a converted try which took them back into the lead. However the Islanders were in confident mood epitomised by the running of players such as Magnurson, George Finan and Josh Braham.

Andover were playing a tight game suited to their bigger forwards but the defence around the ruck by Ben Savill, Morton and Jones was exemplary and when an opportunity arose, Blake took the ball up and, with an exquisite delayed pass, put Bell through a gap.

Blake then followed up and Bell spotted the two-on-one and returned the pass to put his scrum-half over for his second try. Crews converted and Ventnor were back in the lead. Magnurson had to leave the field with an ankle injury that he bravely tried to shake off to no avail. This meant that Fergus Kenny had to leave the coaches technical area and slot in at fly-half.

Perhaps it was this disruption and reorganisation that allowed Andover to then score a push-over try to regain the lead with just minutes left. Undismayed, Ventnor came straight back and a move involving Crews, Lines and Babington gave Joel Walton – in support as ever – some space to run into.

The second-row fixed the Andover full-back and drove for the line with three of his mates helping him power over for a fabulous try so that Ventnor retook the lead with two minutes left on the clock. Andover went on a desperate offensive but Ventnor were not going to be denied and the final whistle went with the score of 19 – 22 to the visitors who recorded an excellent win on the road.

There is no fixture for Ventnor RFC 1XV next weekend, Sat 8 October in the Counties 3 Hampshire league.