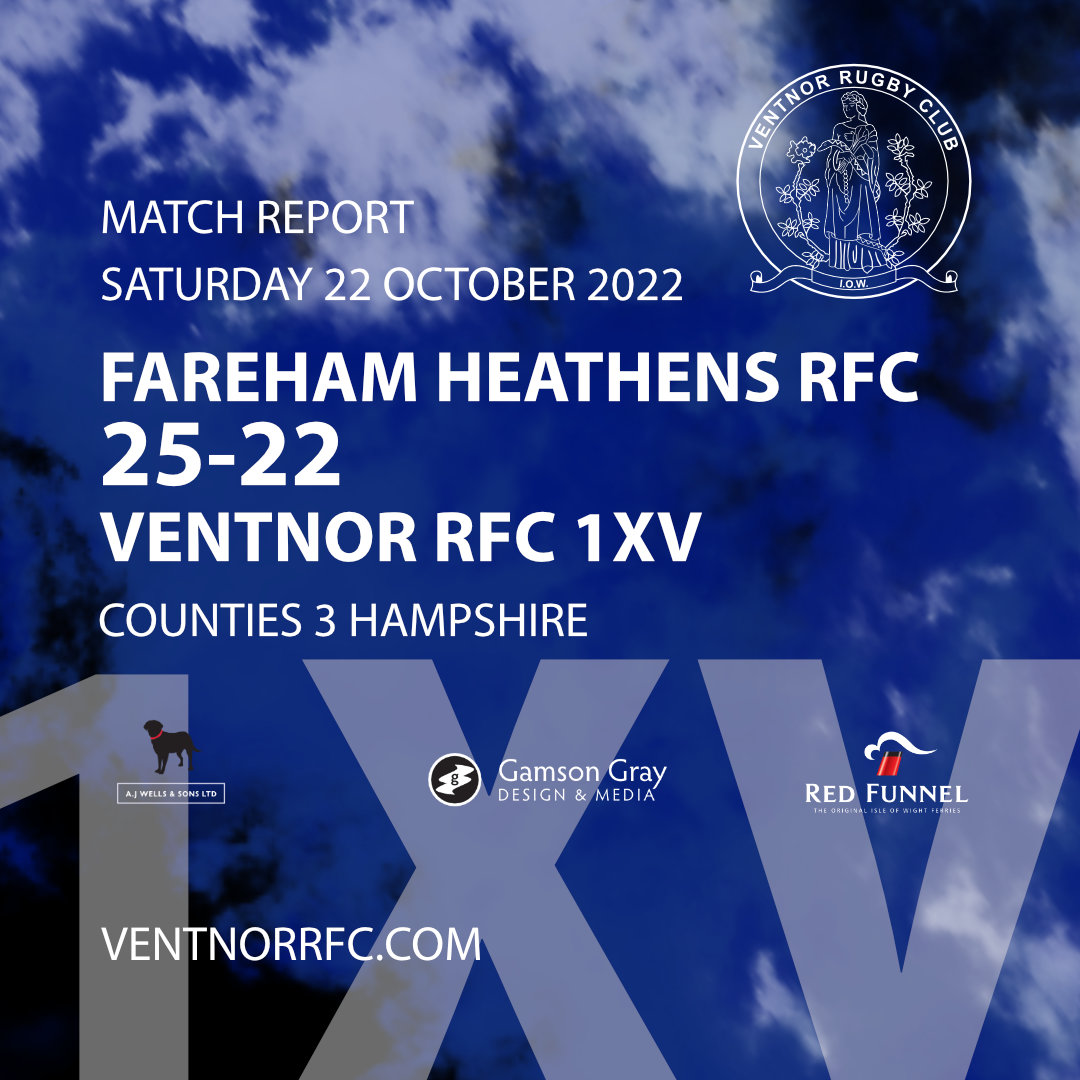 Buoyant after a win at home against Romsey, Ventnor RFC 1XV travelled away in force to Fareham Heathens RFC. A strong start by the Islanders and sloppy defending by Fareham led to a penalty for Tom Crews but the ball just glanced off the post. Strong performances in the scrum were the word of the day for George Collett, Ben Savill and Adam Pratt in the front row. They were backed by the second-row partnership of Andy Addison and Joel Walton, both of whom put in an absolute shift.

A scrum and pick off the back from Dan Bell (who subsequently got man of the match for his performance off the kicks and scrums) put Ed Blake into enough space to crash over the line and a Crews conversion put the Ventnor side 0-7 points ahead.

Numerous stoppages penalties to both teams for knock-ons and holding on in the ruck led to a Fareham penalty which they converted to bring the score back to 3-7. Two scrums and excellent work in the backs from Sam Lines and Ed Blake, as well as cover work from the full back Dan Greaves and winger Cory Turner all resulted in a brilliant try from George Finan crashing over the line which Crews converted again. 3-14 to Ventnor.

Scrappy play and penalties ended the first half with an unconverted try from Fareham. 8-14 at half-time.Again the play was scrappy. But scrumhalf Louis Malkin kept a strong hand on the tiller bossing the field to crash balls by Max Wheeler and skipper Lewis Jones. First team new-comer Jason Coltham came on early to replace Andy Addison but within two minutes a mistimed hit was adjudged to be illegal and he returned to the side-lines with a yellow card.Fareham capitalised well on this, scoring a converted try, thus taking the lead for the first time, 15-14. This was followed by another Fareham score. 22-14

Joe Coghlan (returning from long term injury) came on for Max Wheeler and put in a fast and dominant display. More infringements by the home team lead to another Tom Crews penalty which he slotted over with ease. 22-17.Impetus for Ventnor was provided as Coltham served his penalty and came back on in time to witness Dan Bell pick off another kick and break through the line strongly before popping again to Ed Blake for another try to bring the scores level.

A very tense few minutes followed with both teams nervously making mistakes. But ultimately a Fareham penalty and subsequent kick for posts was to dash the hopes of a win on the road for Ventnor. 25-22 the final score.