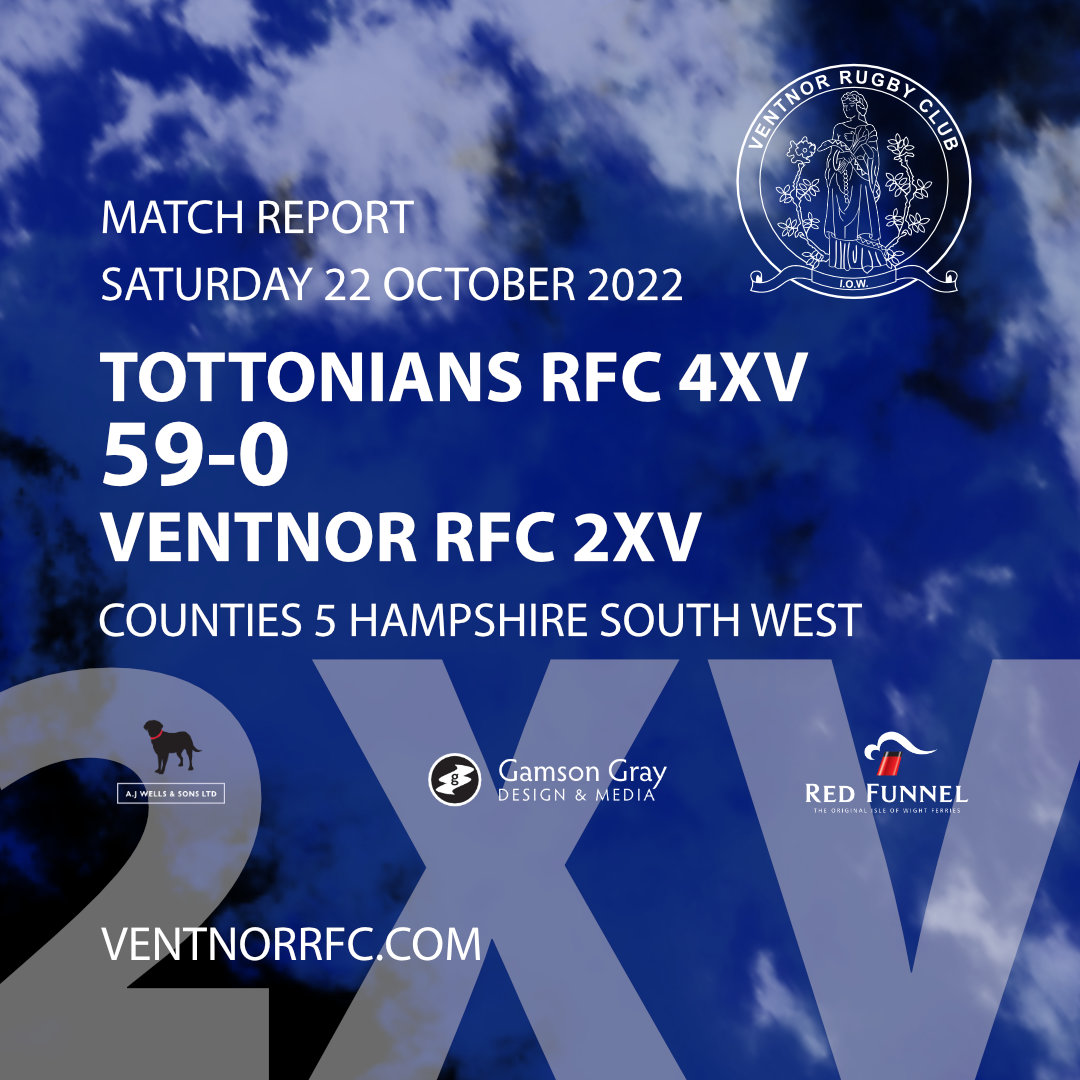 Ventnor RFC 2XV lost four players to illness and other misfortunes before they had even boarded the Red Jet so they travelled, to Tottonians RFC, with eleven players which were boosted by the recruitment of Romsey player, Rhys Hill. Undaunted, it was the Islanders who soon established an ascendancy which they maintained almost to the end of the first half.

During this time, Gary Ball, Ben Gough-Gascoigne and Jack Rushton ruled the battle of the front rows and were all conspicuous in the loose.

Ventnor literally camped in Totts’ half for a full twenty minutes and when the home team managed to kick clear, it was returned with interest by the hard-working Rosco Harris, Lewy Morton and Rhys Hill. Unfortunately, Ventnor failed to finish off the moves that their pressure provided with some handling errors and the occasional poor decision.

The match began to turn when Mike Flanagan – having a storming match – was injured and, despite gamely trying to continue, had to take to the side-lines. This meant that Harry Colson had to move into the second row alongside skipper James Blake who was enjoying the power battle among the forwards.

This severely reduced Ventnor’s weaponry at the back of the scrum where Harry was at his usual abrasive best.

This, in turn, impacted on the ball presentation and the time for Rosco at scrumhalf and he did brilliantly to mix up his game to keep the Islanders going forwards. The evergreen Fergus Kenny was conducting the show behind the pack with Chris Dobbas and Jimma Pemberton enjoying the physical battle in both attack and defence. One move when Rosco brought the ball out of defence and linked with Lewy and Rhys up the right was as good as one could see but still Ventnor couldn’t get over the whitewash.

Then, as halftime approached, Totts made a breakout and their winger showed a clean pair of heels to all but the indomitable Harry Colson who brought him down in what the referee deemed as a high tackle and a penalty try was awarded. So halftime saw Ventnor down by seven points despite an utterly dominant display.

The second half kicked off with Ben G-G struggling and he had to leave the field. Now the spaces out wide were getting bigger and the fitness of the Totts’ threequarters was beginning to show against the ten Ventnor players.

There was still a lot to admire with the front five still giving it plenty at scrumtime and some remarkable defence by Lewy (playing a ‘libero’ role) and Fergus that prevented a certain try by holding the ball up over the line. Ben came back on but Jimma had to leave the field so the midfield attack began to make serious inroads and the tries began to come at regular intervals before the referee brought the game to a halt with a scoreline that even the Totts’ players agreed didn’t reflect the course of the game.