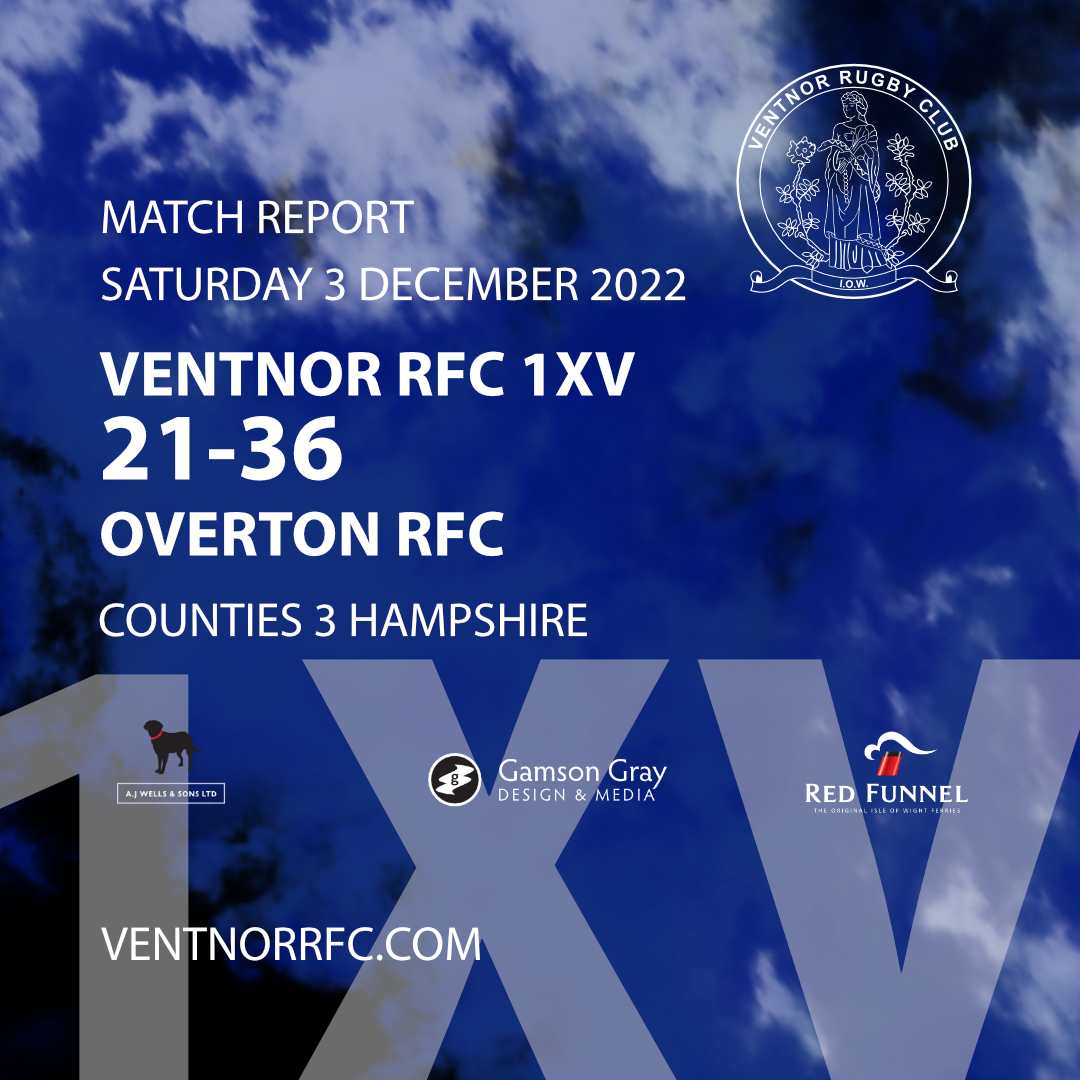 The good-sized crowd at Watcombe Bottom, for the Counties 3 Hampshire league game against Overton RFC, witnessed Ventnor’s enduring habit of demonstrating their ability to play sparkling rugby only for them to negate all their good work with unforced errors or ill-discipline. Indeed, the two tries scored by the home team in the first half were as good as they come.

For the first, Ventnor made strong progress up the middle through Adam Pratt, Joel Walton, Harry Colson and their indomitable skipper Lewis Jones.

A quick ruck was formed, Chris Cardwell-Hill fed Fergus Kenny and the flyhalf’s astute diagonal grubber kick was touched down by Dan Greaves in the corner to help the fullback celebrate his birthday. For the second, a fine mix of forwards and backs took the ball away from the point of contact and sweet passing from George Collett and Joe Coghlan put Sam Lines over. Both tries were converted by Cardwell-Hill.

The problem was that Overton scored three, the first two through attacking positions solely gained by Ventnor’s disastrous penalty count and the third through Ventnor’s inability to look after the ball in attack that led to a breakaway try to the Overton right winger from his own try-line.

The second half served up more of the same. The powerful running of Dan Bell, George Finan and Ed Blake plus the support play of Andy Teague often put Ventnor in the right place of the field but the inability to string phases together led to the ball being lost and Overton were happy to live on these scraps and turn them into points.

Indeed the visitors scored three tries in this period to secure the game and it was only in the dying embers of the game that Jones once more made ground, Blake chipped ahead and the tireless Bell crashed over for a try that Kenny converted.

Ventnor RFC 1XV‘s next fixture is scheduled on Saturday 10 December 2022 away to Portsmouth RFC 2XV in the Counties 3 Hampshire league 2022-23 game.