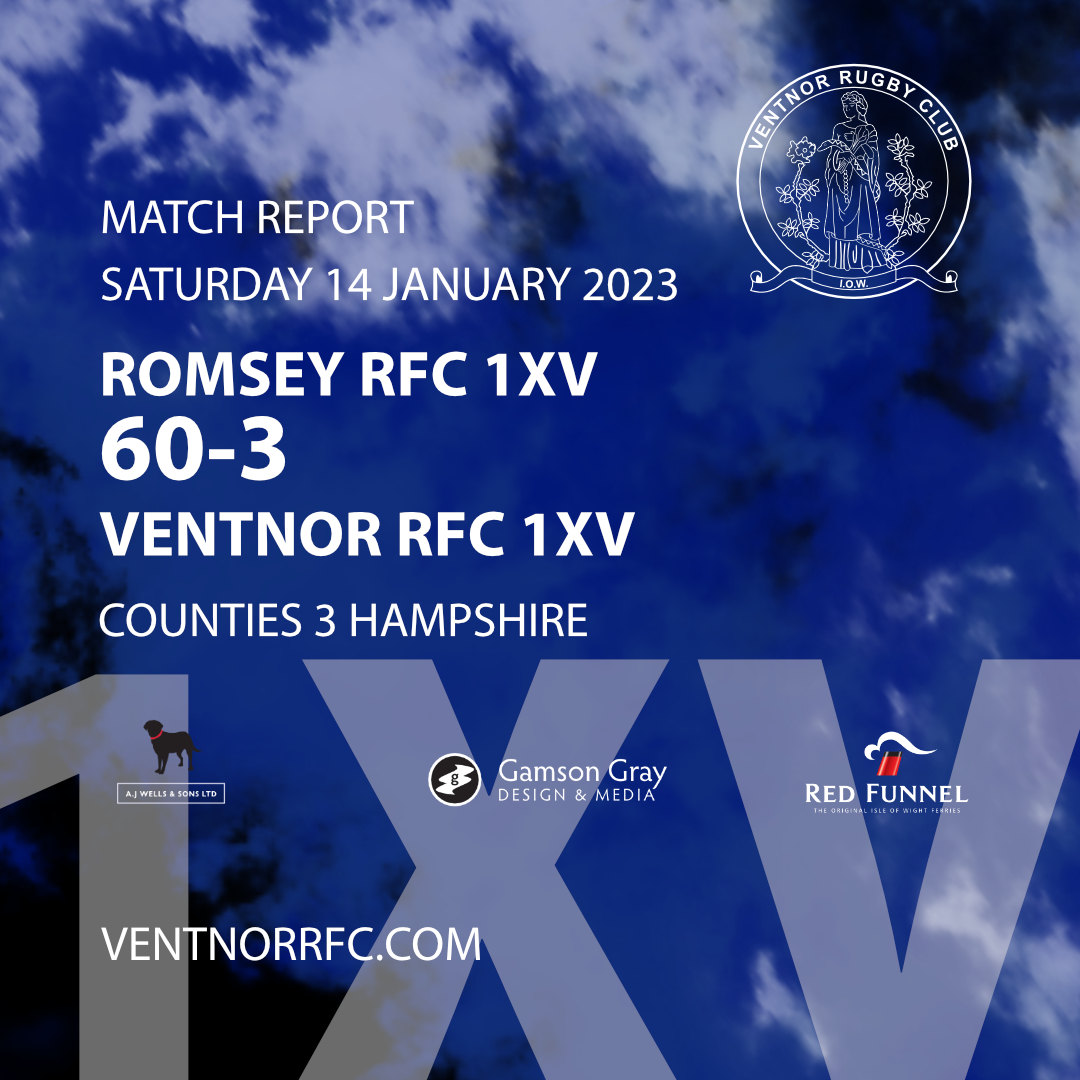 Weather-related transport difficulties, which meant their squad lost two players before the day began, do not excuse another tepid display by Ventnor RFC 1XV when they travelled to Romsey RFC, whose excellent new pitch allowed the game to go ahead when many others were called off.

Ventnor’s familiar failings of carelessness in possession and impatience when in attacking positions were to the fore coupled with an unusual lack of support of the runner.

Romsey were able to dominate possession and their confidence grew exponentially so that – by the end – everything they tried was coming off and their tally of ten tries spread evenly through the game contrasted with Ventnor’s meagre attacking opportunities.

The Islanders made life difficult for themselves since their usual solid lineout fell apart early and the reliability of their set scrum was compromised by constant shenanigans between tighthead Ben Savill and his opponent which the referee adjudged to be a draw!

As always there were bright aspects among the gloom with Max Wheeler and Tom Crews – both returning after injury – having excellent games as did George Collett who held his own in the front row whilst being ubiquitous around the pitch.

Harry Colson also showed well, taking the game to the opposition throughout whilst the combination of Fred Fairman and returnee Ben Cooper in the centres holds great promise.  However, once again, it was a shame that wingers Ben Soutter and Ed Blake weren’t given a chance to show their paces in open play.

There is no doubt that things will get better for Ventnor whose group of players never give less than their all and the spirit remains high since the failings on the pitch are eminently fixable and the growing depth of the squad promises an imminent change of fortunes.

Special mention must go to Alan Fox who, hearing of the squad’s travel problems, jumped into his car and drove down from Birmingham to warm the bench until called upon when he immediately put himself about in a terrific display of defence.

Whilst Ventnor RFC 2XV are also at home to Tottonians RFC 4XV in the Counties 5 Hampshire South West League 2022/23 game.