Situated on the south coast of the Isle of Wight, U.K., Ventnor Rugby Club enjoys one of the most dramatic and picturesque grounds in the country.

Situated on the south coast of the Isle of Wight, Ventnor Rugby Club enjoys one of the most dramatic and picturesque grounds in the country. The pitch and clubhouse are located in the base of a natural bowl that cuts into the slopes of Week Down to the north with panoramic views of Steephill Cove and the English Channel to the south.

Renowned for its sociable welcome to visiting teams and casual spectators alike.

Ventnor Rugby Football Club was founded in 1936 when Roy Smith, Manager of the National Provincial Bank in the town and erstwhile Captain of Glamorgan Wanderers, decided that rugby would be the ideal pastime for the youth of the area. Also being Scoutmaster for the 3rd Ventnor Scout Troop, he was in an ideal position to enlist the senior scouts for his team, persuading them that their particular skills could be better utilised in pursuit of excellence in rugger, rather than soccer.

A pitch was found at Baycroft Farm in Wroxall and through the good offices of Arthur Phillips, the father of Jack Phillips who found his niche as hooker in the team, the Club obtained kit, which was all black, and headquarters at The Star Inn, Wroxall. Showers were available in the form of a tin can looped over the washing line in the yard of the pub. The Captain was Bill Barber. Since the recruits to the team were raw in all aspects of the game, initial matches were against Ryde School. However, the new Club soon found itself travelling to the mainland to play against the likes of Havant and United Services. Return fixtures were arranged and when United Services first visited Wroxall new recruits were found. Apparently, drinking after rugby matches was commonplace in that day and age (of course, that would never happen nowadays . . . .) and four sailors, who had failed to extract themselves from The Star Inn on the Saturday, remained loyal to the cause and played regularly both on the mainland and on the Island. This influx of talent improved standards immeasurably; in fact until war intervened and the Club was disbanded.

The Club was reformed at a meeting held on Saturday 25 May 1974 at the Castle Hotel, Sandown. At this first meeting of the Club the rules of the Club were formulated, officers elected and Club colours of all white with blue stockings agreed. By the date of the next meeting on 3 June 1974 the new Club had moved to The Central Hotel, Ventnor, a fortuitous choice indeed.

The Central Hotel was to remain as the headquarters of the Club for fourteen years. Jack Phillips (our pre-war hooker), who was elected the first President of the Club, was the owner of the hotel. The landlady in the early years was Margot Beaumont. Now according to several of the original members of the reformed Club, Mrs Beaumont was instrumental in helping the Club obtain and maintain a strong fixture list from the outset. The reason for such an influence was the quality of the after match food served by Mrs Beaumont. A three course meal was the norm and many teams were willing to travel to Ventnor just to sample the cuisine. Hot meals were also provided on training nights, an enticement which helped swell numbers considerably.

A full fixture list was arranged for the first playing season in 1974/5. Under the captaincy of Len Down, the Club played home matches at Ventnor Middle School. The first match was against Havant Mariners on Saturday 28 September 1974 and a win by 8 points to nil was recorded in the record books. One week later and the first home match against US Saracens also resulted in a win, this time by 21 points to nil. The opposition was obviously confused by the slope. By Christmas the Club had completed 11 matches with 191 points for and 108 against. The second half of the season proved less auspicious than the first.

To the Present Day

It was at this point that the most notable of Ventnor achievements was made. In 1995 the RFU introduced a national cup competition for the lower ranks, called the Pilkington Shield. Ventnor duly entered playing teams from as far as Kent and London, and winning! Suddenly Ventnor were in the last 16 of this national contest. The local BBC came to film training sessions, interview players and coaches. The club was splashed over local papers and even mentioned in “Rugby World”. Ventnor’s Waterloo turned out to be Kingsbridge, Devon. The team played well in a mud bath, but were unsuccessful, although the three coach loads of supporters didn’t seem to mind whilst in the bar afterwards.

To cheer themselves up, Ventnor embarked on yet another foreign tour – this time to Spain. This was a seven-a-side tournament in which such teams as Leicester were present – a slight mismatch. But what a weekend!

In 1998 the club had another memorable achievement, in the local Hampshire Cup competition, winning the plate against Southampton Institute.

The following year – 1999 – was the 25th Anniversary since the reformation of the club. This year saw Ventnor highest (to date) league position of 2nd in Hampshire League 1.

Through careful management, Ventnor Rugby Club faces a secure future, guided by an energetic and proactive committee. Currently a full floodlight system is being installed at the pitch at Watcombe Bottom providing a unique facility for an Isle of Wight Club.

Without ever losing the essential social and community essence of grassroots rugby, Ventnor looks forward to an exciting future.

Standard fees for players remain at £16 per month, (£192 per annum), with concessionary fees for students and the unemployed set at £8 per month (£98 per annum). Fees become due from the 1st September.

Full details of what is included in player membership is listed below.

The cost thanks to our sponsors and VP’s remains significantly cheaper compared to the other two clubs on the island.

Remember if you intend to play you MUST have a players membership as a minimum for your RFU insurance to be valid.

Non-playing members (V.P.s) are also welcome to join the club, from £5 per month.

On 6 February 1975 at a meeting in The Central Hotel, Emile Rouby proposed that a tour to France be undertaken during the next season. There was a general agreement on the matter and he was delegated the task of finding suitable opposition. Some months later, Monsieur Rouby was on a visit to the South of France and happened to stop at a small bar called Café de Paris in Bollene in the Provence region. Two short sighted French Clubs had already turned down his approach for a game but, undeterred, the intrepid Monsieur Rouby noticed a Bollene Rugby Club sticker in the café and enquired if any representatives of the Club were present and if they were interested in a match against Ventnor. Within half an hour, the President of the Bollene Club was in the bar, plying Monsieur Rouby with Pastis. Thus was born the connection between Ventnor and Bollene which has lasted to this day.

By that time, the Club was using the new pitch at Watcombe Bottom and the cellar in The Central Hotel had been converted for use as a clubroom. The clubroom was a facility which was better than that enjoyed by many of the clubs who provided opposition for Ventnor, but the fact that it was divorced from the playing area meant that there was an inevitable progression of ideas and efforts towards providing a clubroom alongside the pitch.

Eventually, after years of planning and fund raising, the new pavilion was opened in 1988 and since then the Club has gone from strength to strength, now catering for all challenges from Minis to Vets.

Once the new clubhouse at the ground was opened it gave a renewed impetus for the club, with two sides regularly playing. A mini section was also formed.

Meanwhile the senior sides were growing in statue and experience. Not only did the French connection continue with Bollene rugby club but touring to mainland England was also squeezed in, with trips to Harwich and Bath. Although accommodation was a little lacking (sleeping bags in changing rooms or gymnasiums), the cost of approximately £10 per head was very reasonable. This was supplemented by compulsory fines to all tourists at the court session on the way home.

A second French connection was attempted, with Deauville in Normandy, and although Ventnor gallantly lost both 1st and 2nd team games, for the entente cordial, it was probably the fighting that put the opposition off from returning the fixture.

In the 1978/79 season, Ventnor had sufficient players to form a second fifteen. From the records available, it seems that more matches were cancelled than actually played and, of those played, the vast majority were lost. But there was one momentous occasion for Captain Mike Buttle and his team to celebrate. On Saturday 14 October 1978 the second fifteen beat Old Park Warriors by 52 points to 4. Strangely, the first fifteen had no match on that particular Saturday. Even more strange, the Old Park Warriors disappeared from the fixture list, never to return.

Get in touch to get involved 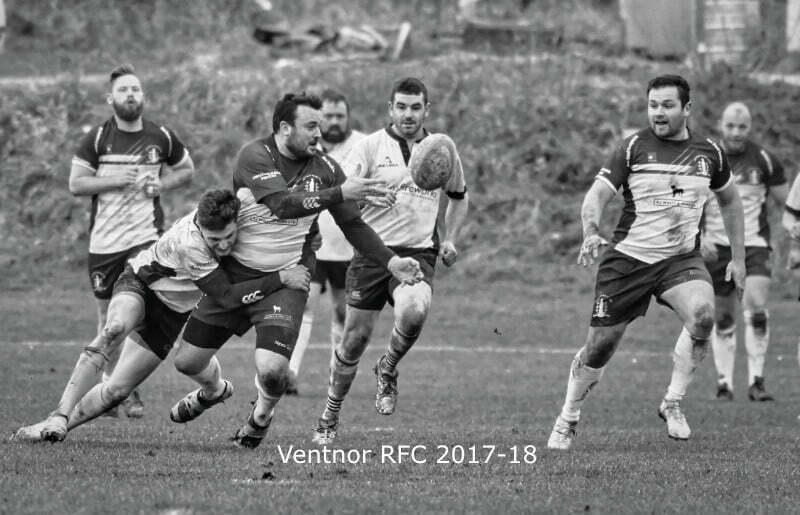 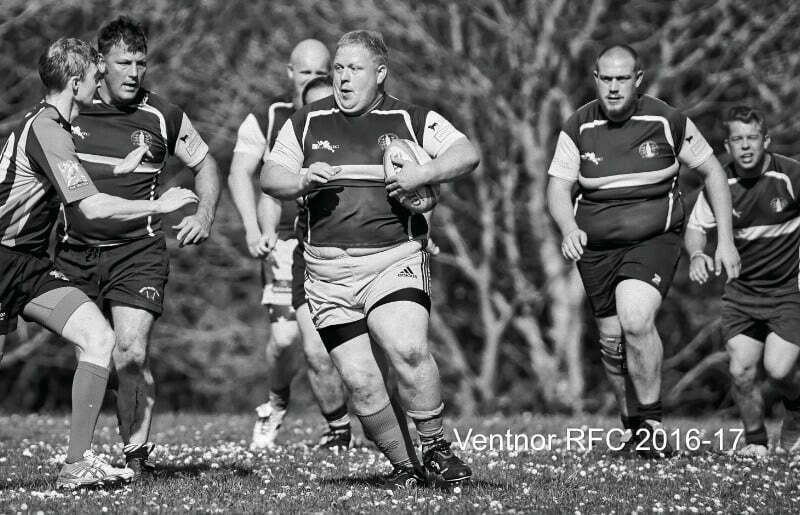 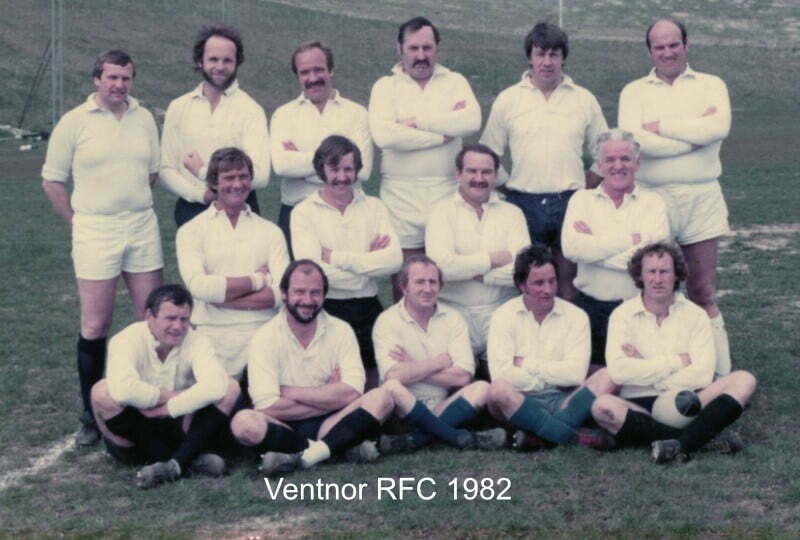 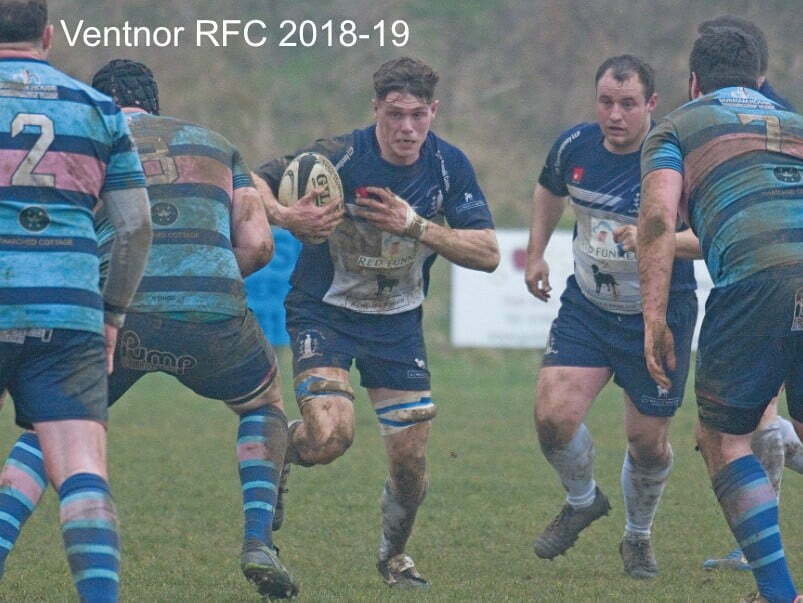 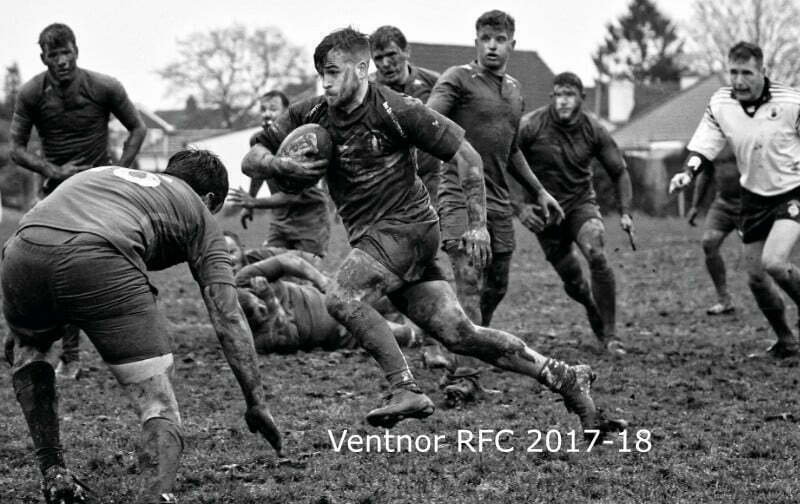 Want to Join The Club?